If A Coalition Is Willing 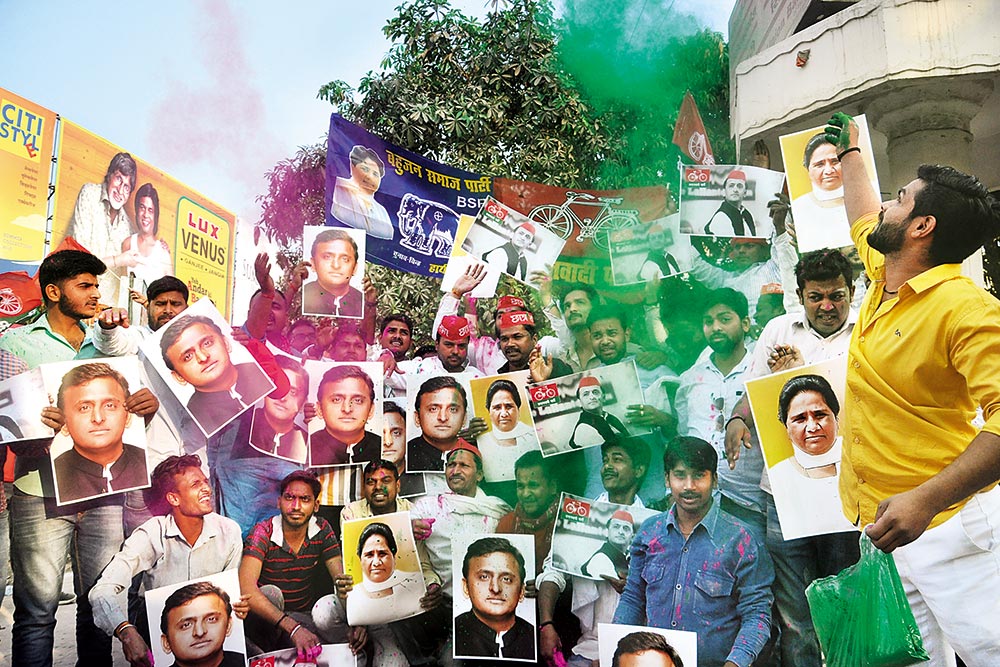 With Behenji
SP supporters in Varanasi celebrate their success in the bypolls
Photograph by Getty Images
Badri Narayan March 16, 2018 00:00 IST If A Coalition Is Willing

Results of the much-awaited bypolls for the Phulpur and Gorakhpur Lok Sabha constituencies in Uttar Pradesh are a bitter disappointment for the BJP—the Samajwadi Party, supported by Bahujan Samaj Party, won both seats. Political ana­lysts foresaw the possibility of BJP’s loss in Phulpur, but most had few doubts that the BJP would continue its stranglehold on Gorakhpur. Voters in Gorakhpur astonished every poll predictor. Praveen Nishad, son of Rashtriya Nishad Party’s Sanjay Nishad, won the seat, defeating BJP’s Upendra Shukla by a handsome margin of 21,881 votes. The victory was bigger in Phulpur, where Nagendra Singh Patel of Samajwadi Party got the better of BJP’s Kaushalendra Patel by 59,460 votes. As we know, both seats are a stronghold of top BJP leaders. Gorakhpur has been a bastion of UP Chief Minister Yogi Adityanath for long, while the Phulpur LS seat was vacated by BJP’s Keshav Prasad Maurya, who became deputy chief minister of UP in 2017.

When the BSP declared its support for Sama­jwadi candidates on both these seats...