Come winter, and Indians will genuflect before the visiting hordes of NRIs 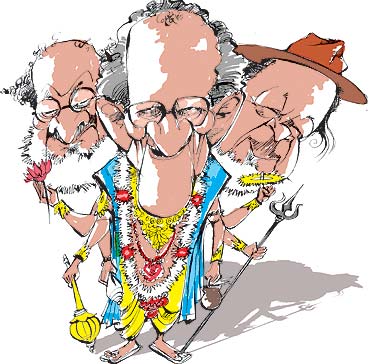 outlookindia.com
-0001-11-30T00:00:00+05:53
A new festival has been added to the Indian ritual calendar. Like Dussehra and Diwali, it is a winter festival, but unlike them the gods it honours are living beings, who appear before us in flesh and blood instead of being frozen into stone. This relatively new addition to our lives is called NRI puja. It takes place in December, a time when thousands of Non-Resident Indians briefly become Resident Non-Indians.

As a middle-class, English-speaking South Indian, I am always part of these festivities myself. For half my family serve as deities; the other half as worshippers. Whether I like it or not, I am placed by default in the second class. Fortunately, whatever personal apprehensions I have about participating in this annual puja are overcome by the force of professional obligation. As an Indian who chose to live in India, I might affect scorn for the migrants, but as a social scientist I must take cognisance of a phenonemon whose social significance grows with every passing year.

The first thing to note about this puja is that it...