Rajkumar Hirani has dared to make a movie on someone with whom he has had a long association, both personal and professional. Will 'Sanju' glorify his actor-friend, known for his chequered life and career? He tells Outlook. 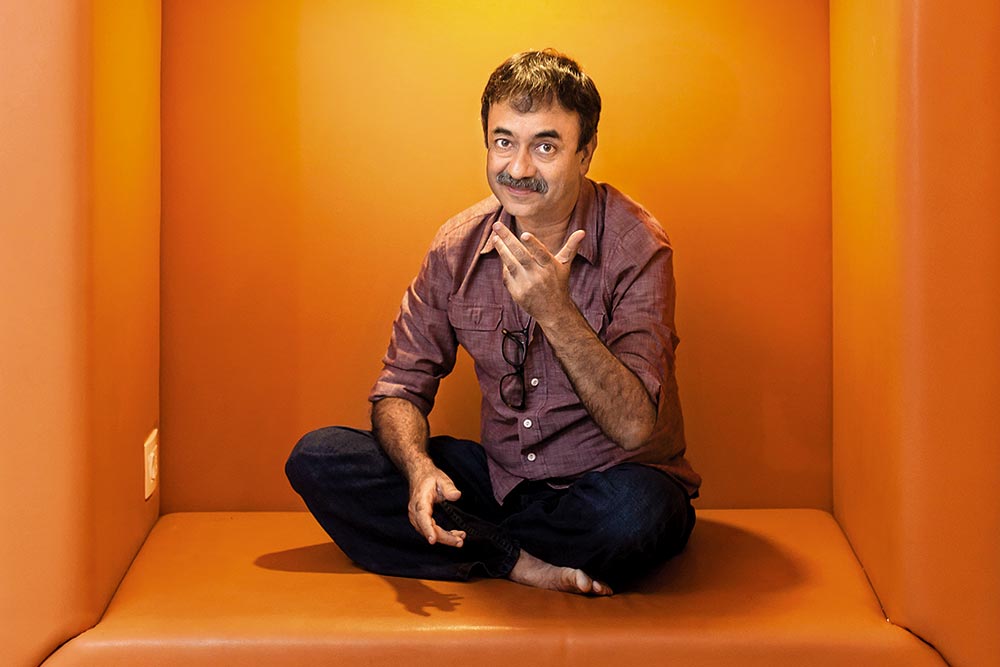 Photograph by Apoorva Salkade
Giridhar Jha May 16, 2018 00:00 IST I’d Make Sanju Even If I Hadn’t Worked With Sanjay

They collapsed the boundaries between mainstream entertainers and meaningful cinema much earlier in the day and, released at crucial post-lib junctures, came to almost define a 21st century national cinema—passing muster with the masses and the classes alike. Just four films—Munna Bhai MBBS (2003), Lage Raho Munna Bhai (2006), 3 Idiots (2009) and PK (2014)—make Nagpur-born director Rajkumar Hirani one of the finest filmmakers of his generation. The 55-year-old auteur is now ready with his next, Sanju, a biopic depicting the turbulent life of Bollywood’s enfant terrible, Sanjay Dutt. With Ranbir Kapoor in the lead, the film, due for release on June 29, may well be the master filmmaker’s litmus test, as he has made a foray into the unfamiliar and dicey terrain of biopics with a movie on the life of somebody he has known professionally and personally for years. In conversation with Giridhar Jha, Hirani spells out the reasons behind making the biopic, dismissing the charge...