Icarus In The Hooghly

The first Indian owner of the ToI was no saint 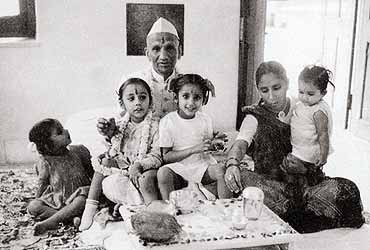 outlookindia.com
-0001-11-30T00:00:00+05:53
In 1988, The Times of India celebrated its 150th anniversary. British-owned for its first 110 years, the paper was bought, on the morrow of Independence, by R.K. (Ramakrishna) Dalmia, unquestionably one of the most unscrupulous, if also equally colourful businessmen/industrialists of this country. He started the paper’s Delhi edition primarily to further his own grandiose, sometimes bizarre, political and personal ends. But he was not destined to own the paper for long. He had to sell it to his son-in-law, Shanti Prasad Jain, in circumstances that did far more discredit to old Dalmia than to then young Jain whose family has owned the lucrative newspaper chain since then.

Dalmia’s daughter and biographer, one of his 18 children from six wives, Neelima Dalmia Adhar, complains in this book that at the ToI’s "ostentatious celebrations" on its sesquicentennial the name of its first Indian owner did not merit "even a fleeting mention". She is wrong.

I wasn’t present at the function but Mani Shankar Aiyer was, as an aide to the chief guest, then prime minister...