'I Wasn't Thinking Of Making History'

Abhinav Bindra talks to Outlook on his golden achievement 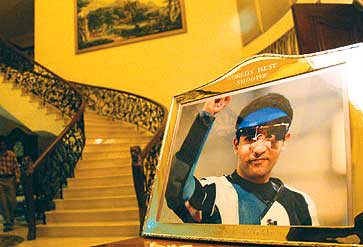 I didn’t know I’d won, it was only when I went to my coach, I realised I’d won gold. It was an unbelievable feeling, but I don’t know what I was thinking—my mind was one big blank!

On the final round

I was worried because my sighting was not good at practice before the final. I wasn’t thinking of making history. After the qualifying round, I was in fourth position, two points behind the leaders. I had to go all out for it. I was just trying to shoot aggressively; it paid off.

On his wait for the gold

I worked hard for it, for 12 years, and it was always a dream. But life goes on. The difference between winning and losing isn’t much. I didn’t do anything very differently in the final.

On the enormity of his...