A straight, simple story with no great highs and lows and an easy resolution. 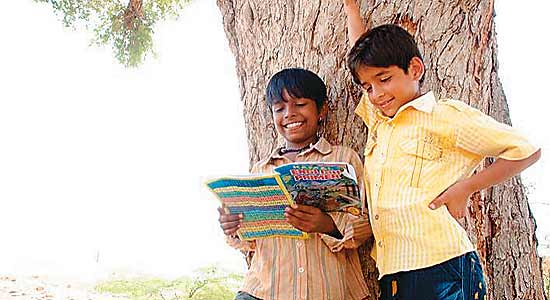 Here’s another children’s film with a pronounced cause—education. And there are other messages woven in, for instance, that of believing in karam (good deeds) and not kismat.

Set in Rajasthan, it dwells on a life of the poor Chhotu (nice turn by Delhi slum boy Mayer) who is left by his mother at the benevolent Bhati’s (Grover) tea stall to earn and support himself and his family. As he smilingly and tirelessly washes away dishes and serves customers, he also reveals a precocious intelligence. He is quick to pick up languages from various foreigners who throng the stall and is just as good at picking up tips on how to make a perfect cup of tea. He loves his books,...