‘I Am Bound To Get The Working Majority’

Former PM H.D. Deve Gowda in an exclusive conversation with Outlook on upcoming Karnataka elections, his alleged affinity with the BJP, and the possibility of a third front. 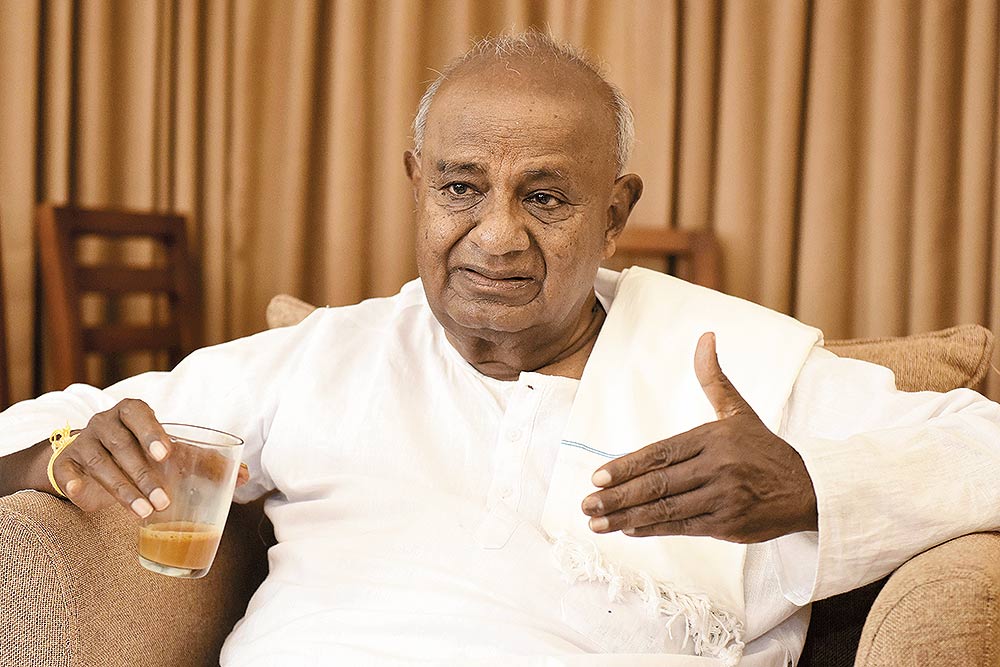 Amid speculation over Karnataka electi­ons, there’s talk about the possibility of a hung assembly, and H.D. Deve Gowda as the kingmaker. The former PM tells Ajay Sukumaran that people want a change from both the BJP and Congress.

How different are these elections?

The difference is that the maladministration of the present government has gone too deep into people’s minds. He (Sidda­ramaiah) has demolished various institutions. Take for example, the Lokayukta, Public Service Commission and the Bangalore Development Authority. Police offi­cers themselves went to the extent of requesting protection and gave a memorandum to the chief secretary. These are all major issues today. He may say this bhagya and that bhagya, it’s irrelevant. Then, the BJP misrule—in five years there were three CMs. There were also several people who went to jail.

Kumaraswamy was CM for 20 months and certain decisions he took in the coalition government are still in the...