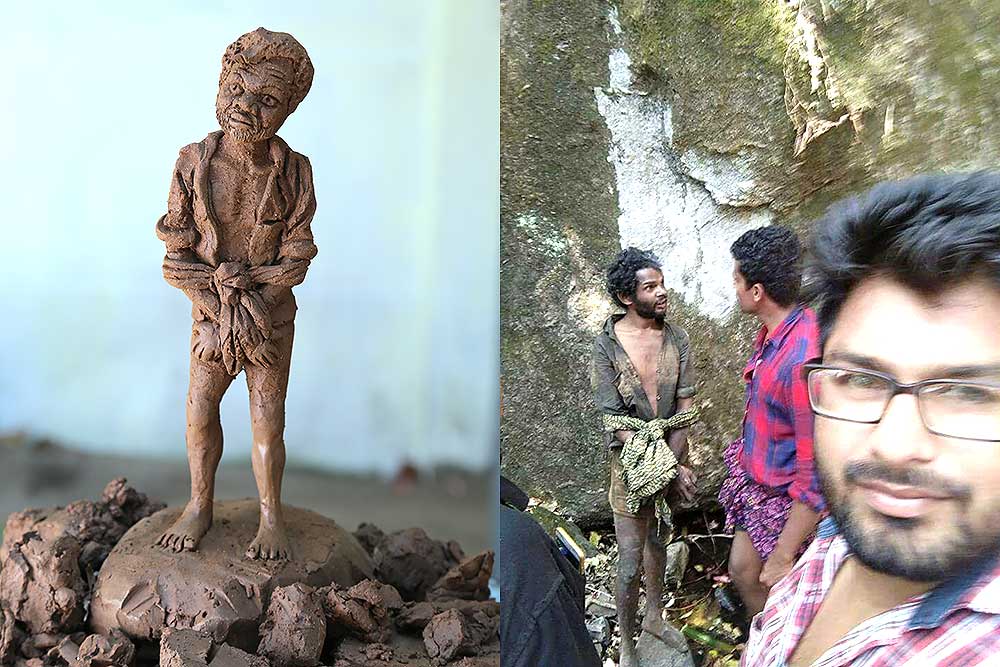 In Memoriam
Clay sculpture of Madhu by Davinchi Suresh; the ­alleged ­killers’ selfie with Madhu

“Feed Madhu’s starving family.” That’s the eye of a socio-political storm which has been ravaging Kerala since a mob in Attappadi lynched a 27-year-old tribal youth, allegedly for having stolen a few handfuls of rice and coriander powder. The opposition has been quick to castigate the ruling Left Democratic Front (LDF) for its failure to lift victim A. Madhu’s community out of abject poverty and protect them from exploitation, while the government rejected the charges, framing the tragedy purely in terms of mob violence and the victim’s unique vulnerability. There is the soc­ial plane, with a legion of artists having taken to pen, easel and INS­trument to pay their own tribute to Madhu, only for some who are closer to the iss­ues to dismiss them as pri­vileged armchair activists looking to salve their own consciences. And ­finally, there is the need to examine the ­psychology of mob violence aga­inst the marginalised—an increasin­gly worrying trend in the state.

“What an amazing variety of...