The tomb is gone. The Africans are gone. The Pashto-speaking Punjabis are vanishing too. Sunil Menon takes a walk through a city as a form-shifting memoir. 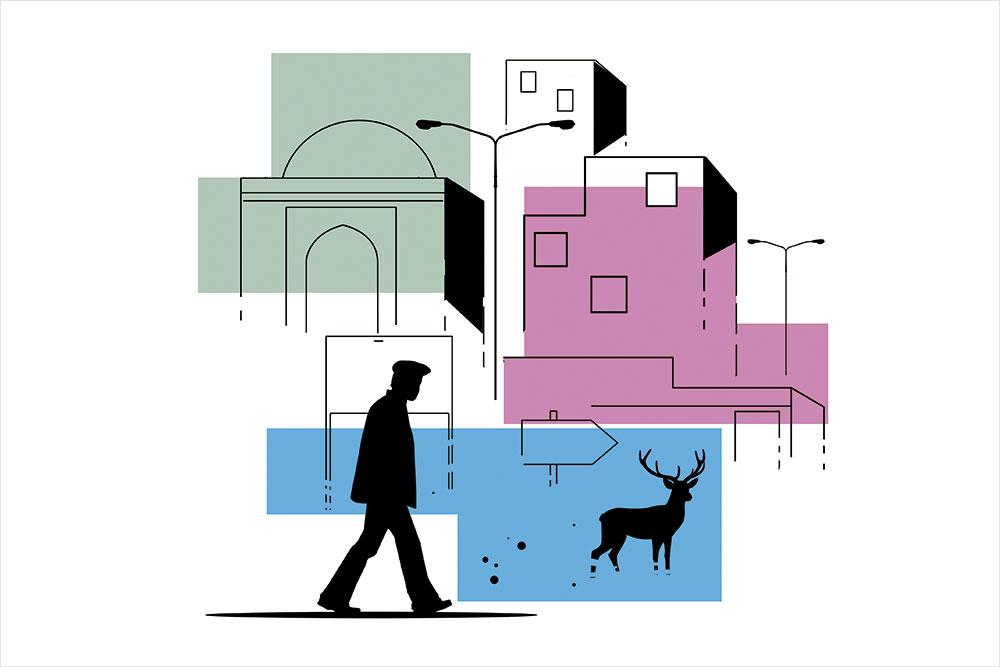 If cities are like languages, ‘new New Delhi’ is a pidgin. Not a classical language, nor even a modern one, but an offspring of haphazard post-liberalisation encounters, yet to develop its own grammar of interactions. Nobody’s mother tongue, it only has a series of fathers….

But why are cities like languages? Because they have structure, they evolve, they have morphology—they change form, they are an accumulation of inflections. The other day, a Tughlaq-era tomb turned into a temple deep within the catacombs of Humayunpur. Locals moved in, painted the structure a bright white-and-saffron, planted idols, adorned it with a swastika. BMKJ. As simple as that.

Humayunpur, one of Delhi’s urban villages, forms a curious triad with Safdarjung Enclave and Arjun Nagar. The latter two are mostly Punjabi refugee by ethnography, the differentiator between them being...