How Well Will Modi Factor Work In Karnataka?

Karnataka, the state BJP banks on the most down south, is in for thrills as Congress-JD(S) dig it in 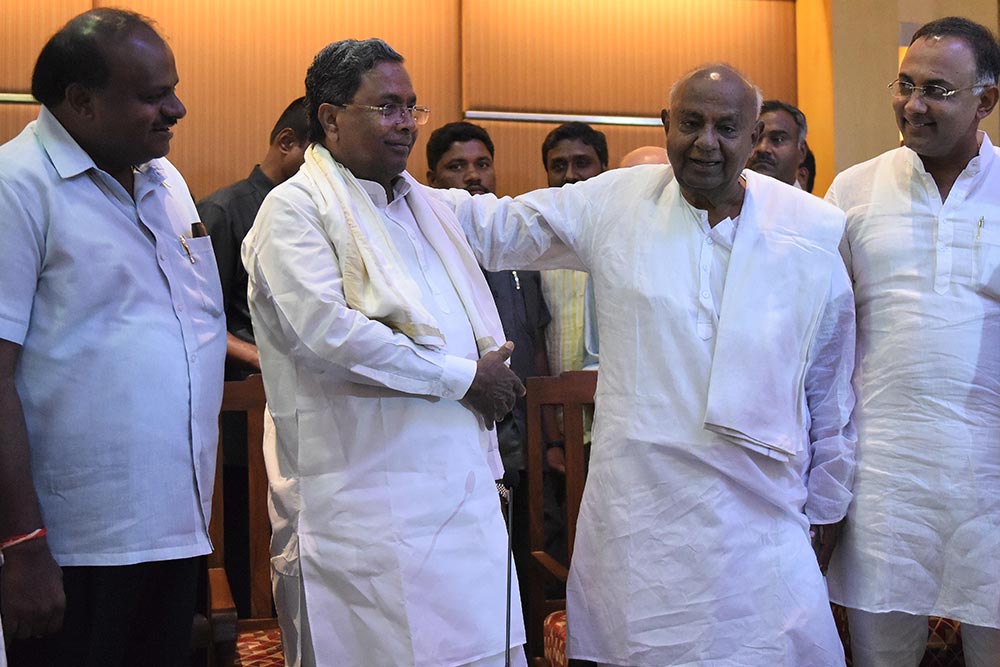 Hotels, buses, party meetings, even a brawl and a blackeye—all in a noisy January week in Karnataka politics! And then came a pinprick to test the JD(S)-Congress coalition government. There are enough subplots to keep the pot boiling as the stakes only get higher with the forthcoming Lok Sabha elections.

The Congress can’t afford to let the coa­lition slip away, but it has a problem managing its legislators—there’s either a threat of MLAs switching sides or complaints about the coalition partner. The BJP isn’t hiding its desperation to see the H.D. Kumaraswamy government toppled, but won’t admit to ‘Operation Kamal’—local sobriquet for getting rival MLAs to defect. Both parties corralled their legislators in plush hotels mid-­January to keep their headcount intact. But the fallout, much to the Congress’s embarrassment, was the unsavoury episode of two of its partymen coming to blows at the holiday resort they were staying in, on the outskirts of Bangalore.