How To Court The Personal

Everyone wants personal laws reformed, but the triple talaq verdict would decide how it happens 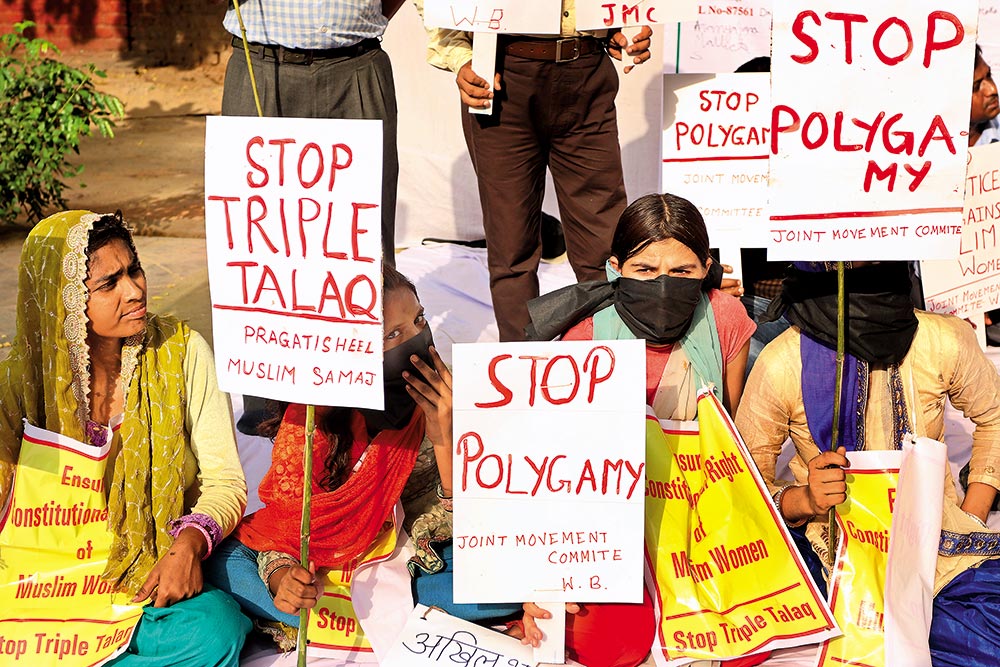 Beyond Politics
Muslim women seek equality in family laws
Photograph by Sanjay Rawat
Ushinor Majumdar May 19, 2017 00:00 IST How To Court The Personal

As the triple talaq hearing progresses in the Supreme Court, everyone seems to be arguing for the same reform. That reform is inevitable is clear to all parties, but who will reach the finish line first is something only the Supreme Court’s judgement, when it comes, can tell. Going by the comments of the jud­ges hearing the arguments, the bench appears to be trying to work out the correct constitutional scheme in which it can pass an iron-clad judgement.

Talaq-e-bidat (instant divorce, better known as triple talaq) enables the husband to play both petitioner and judge and terminate the marriage merely by uttering the word for divorce thrice in quick succession—much like a judge in a Bollywood courtroom drama bangs the gavel and says, “Order! Order! Order!”

The triple talaq verdict, when it comes, is likely to be a historic judgement by the the five-judge constitution bench under Chief Justice of India (CJI) J.S. Khehar, who retires this August. As the bench has been hearing the case through the court vacation, some senior counsel...