How The Boots Face The Sun

The PLA marches to the party’s tune. Under Xi, they have their toughest conductor till date. 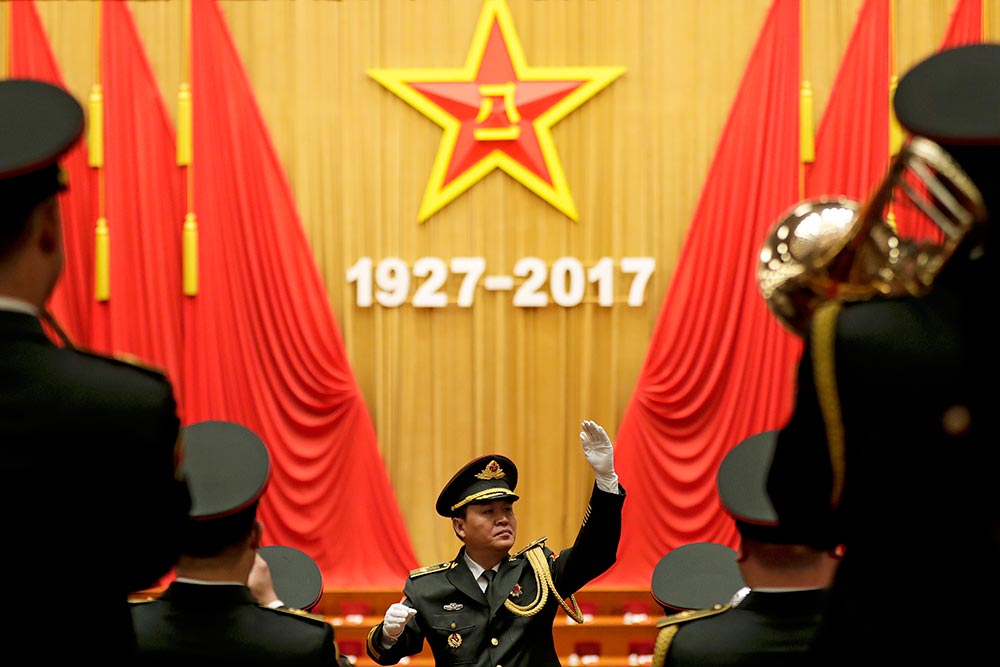 Long March
A military band pipes up at a ceremony to commemorate the 90th anniversary of the PLA in Beijing
Photograph by AP
Manoj Joshi August 17, 2017 00:00 IST How The Boots Face The Sun

China has a unique military. Its armed forces belong to the Communist Party of China (CPC), not the state known as the People’s Republic of China. The link between the two is complex and maintained through the existence of parallel bodies called the Central Military Commission (CMC), which run the People’s Liberation Army (PLA). The Ministry of Defence in Beijing is a shell structure, more for interfacing with the public than exercising real authority.

This was highlighted by a field commander, Senior Colonel Li Li, who, when asked about a PLA response on Doklam, declared, “We will follow the orders of the CPC and the CMC.”

The party CMC and the state CMC have the same personnel. There is, of course, a fiction of the 1997 law on national defence passed by the legislature, but that is trumped by the CPC’s own 1982 constitution, which directs the party to run the PLA. Their importance to the party was reinforced by their role in the Tiananmen events in 1989. Most of the CMC comprises of military officers. Xi Jinping was the first civilian...