How Not To Be India

Two writers. A ‘Kashmiri Muslim’, a ‘Kishtwari Hindu’. Both call themselves ‘A’. Can you tell whose voice is which? An enigma on the surface, a different clarity within. 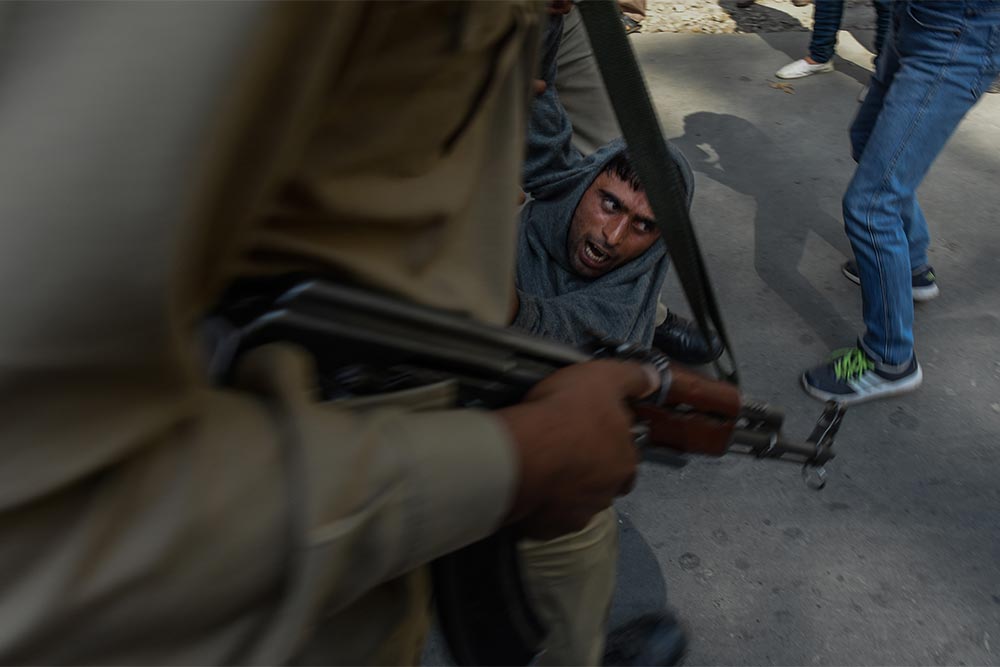 A: When we were solicited for this contribution, Outlook told us they wanted ‘two voices’ from Kashmir for its 21st anniversary issue. On being asked, they confirmed the other contributor was (indeed) going to be a Kashmiri Pandit (KP), because they had asked the one with a Kashmiri Muslim (KM) name among us.

This KP-KM dialectic in every conversation on Kashmir in India is fascinating, but reveals more about India than it does about Kashmir. There are many planes on which a conversation on the future and past of J&K can happen, many angles from which its various issues can be tackled. Why not a conversation between a Tibetan Buddhist in Zanskar and a Pahari-speaking Muslim of Rajouri, or a communist Dalit from Kathua and a Shia from Kargil, or between a doctor at Mirpur in Azad Kashmir and a paddy farmer in Islamabad (Anantnag) in Indian-administered J&K? If it is about numbers (or as a majority of Indians, having never read Ambedkar, call them: democracy) Kashmiri and Pahari Muslims constitute the two largest ethnic groups in...