How Modi Got His May Back 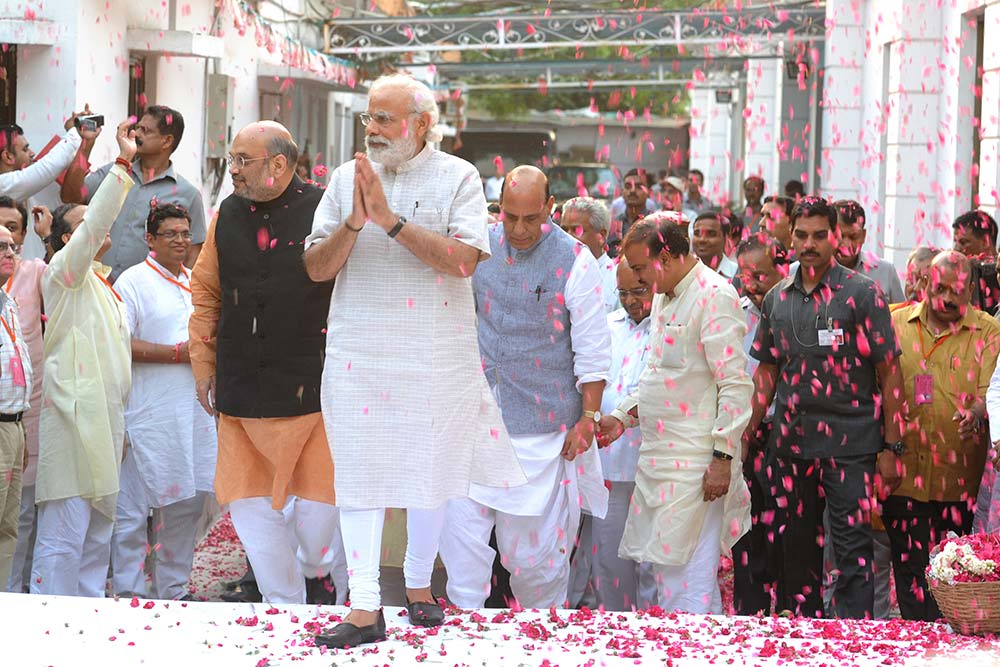 Petals From The East
Modi and Amit Shah at the BJP office in Delhi
Photograph by Tribhuvan Tiwari
Prarthna Gahilote May 20, 2016 00:00 IST How Modi Got His May Back

May, it seems, has become the favourite month of India’s ruling party. It was another May, two years ago, when the BJP took power at the Centre, riding on the slogan of ‘Congress-mukt Bharat’. Soon after the Lok Sabha results were announced and just before Narendra Modi took oath of office, close aides of BJP president Amit Shah, Modi’s master strategist, had already begun work on Shah’s ‘east India’ plans. In a quiet meeting in central Delhi, two days bef­ore Modi’s swearing-in, Shah’s team of young IIT-MBA graduates with experience at the World Bank, when quizzed on what next, had told this reporter, “Exp­ansion. We are looking to expand our base in the Northeast and we must win Assam for that.”...