How Is The Fake News Factory Structured?

Political parties of all hues are twisting facts, figures and photographs to lure voters as India gets ready for Elections 2019 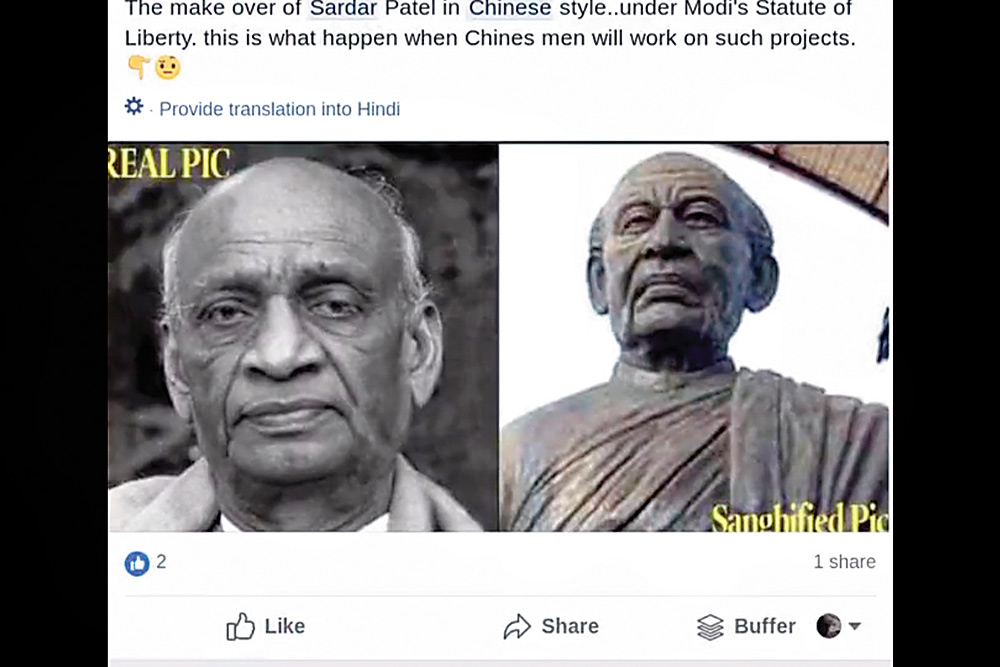 After Congress president Rahul Gandhi said the recently-unveiled statue of Sardar Patel was made in China, Congressmen circulated a photograph of an old statue of the freedom fighter erected in 2008.

Prime Minister Narendra Modi picks up a child, who leans towa­rds two microphones in front of her and appears to utter a dero­gatory phrase often used by the BJP to mock Congress president Rahul Gandhi. That’s all there is in the 23-second video clip. But wait. There is another clip. The same clip, in fact. Only this time the child ridi­cules Modi himself, as she repeats what appears to be a Twitter campaign launched by the Congress. It later emerges that the original clip, dating back to 2016, was of a differently-abled child, Gauri Shardul, reciting a shloka from the Rama­yana during one of Modi’s visits to his home state, Gujarat.

The two versions of the video clip, both doctored and widely circulated through social media and WhatsApp in India, is a classic case study of “fake news”, that new global menace descri­bed by Collins dictionary last year as a “very real word”. Over the past few years, fake news has moved beyond its conventional description of “false, often sensational, information...