The Una Road To Buddha: "The Una attack in 2016 was the last straw," says a Dalit whose 15-year-old son was killed in police firing in Thangadh town in 2012. 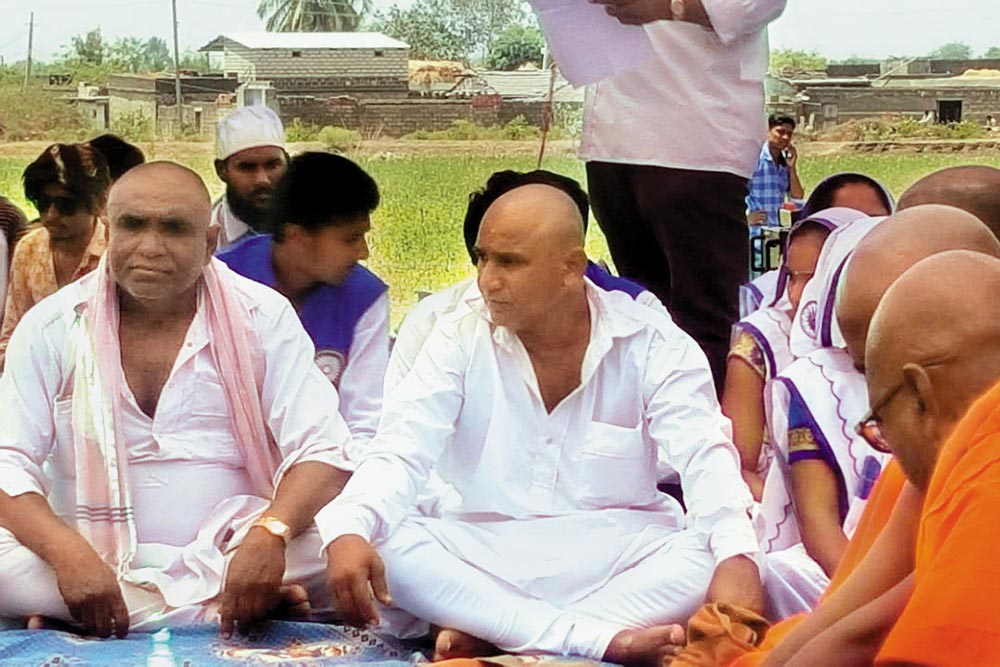 Darshan Desai June 27, 2018 00:00 IST How Atrocities Are Pushing Dalits In Gujarat To Embrace A New Faith

Valjibhai Rathod, 43, and his family are bracing up to ­convert to Buddhism, and so are the Sumras and Parmars of Thangadh town of Gujarat’s Surendranagar district. And they are not the only ones. Many more Dalits from their town will join them. Three Dalit boys were killed in police firing in this town in Sept­ember 2012. Fighting a hopeless and ­losing battle for justice, Valjibhai and others, who had been demanding a memorial at the place where the three boys were killed, built a Baudh ­Vihar (Buddha temple) there with their own efforts in 2016­—just two months after the Una horror in July, when a video of four young Dalit men being flogged and beaten by cow vig­ilantes in Una went viral, causing outrage across the country.

“The memory of the cold-blooded killing of my son was yet to fade when the Una incident happened,” says Valjibhai, who lost his son 15-year-old son Mehul in the 2012 firing. “We were shocked by the flogging of the four young men and realised there was no point expecting to be treated like Hindus....