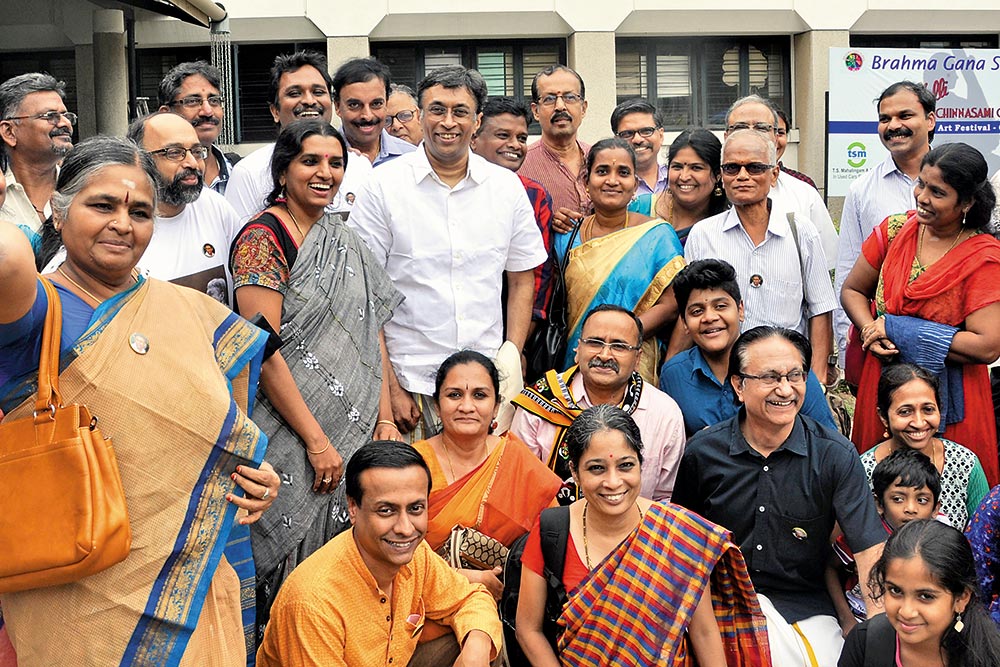 Unequal Music
Singer Sanjay Subrahmanyan’s fans gather for a photo-op after his concert on Januray 1, 2018

G.C. Shekhar December 19, 2018 00:00 IST How A Devoted Group Of Fans Follows Sanjay Subrahmanyan To All His Concerts

They filter in half an hour before Sanjay Subrahmanyan’s fourth concert of the December music season at the Bra­hma Gana Sabha. Exchange pleasantries and enquire if the others have reached. “Where is Prabha Mami?” asks one of them. Oh! She is already in the balcony queue. Somebody answers. The lights dim and they are all seated in the large hall. You can’t see them in the darkness but feel their enthusiasm—their shared love of music and for the 50-year-old vocalist, a Carnatic music superstar.

This motley group will be in attendance at all of Subrahmanyan’s ten more concerts lined up for the season. They have reserved their seats in advance. They would follow him from hall to hall as the Barmy Army would tail the English cricket team. “Call it our musical fix. If Sanjay is singing we will be there. We are there for his music…pure, free-flowing and totally joyous. My wife and I have been attending his concerts in Chennai for more than a decade,” says Shankar Subramanian, a fan.

What keeps them hooked is the...