Devika was one of the few teenage witnesses whose testimonies led to Kasab’s conviction and ultimately his execution. But being victims and witnesses of the 26/11 terrorist attacks carried a strange stigma for the family. 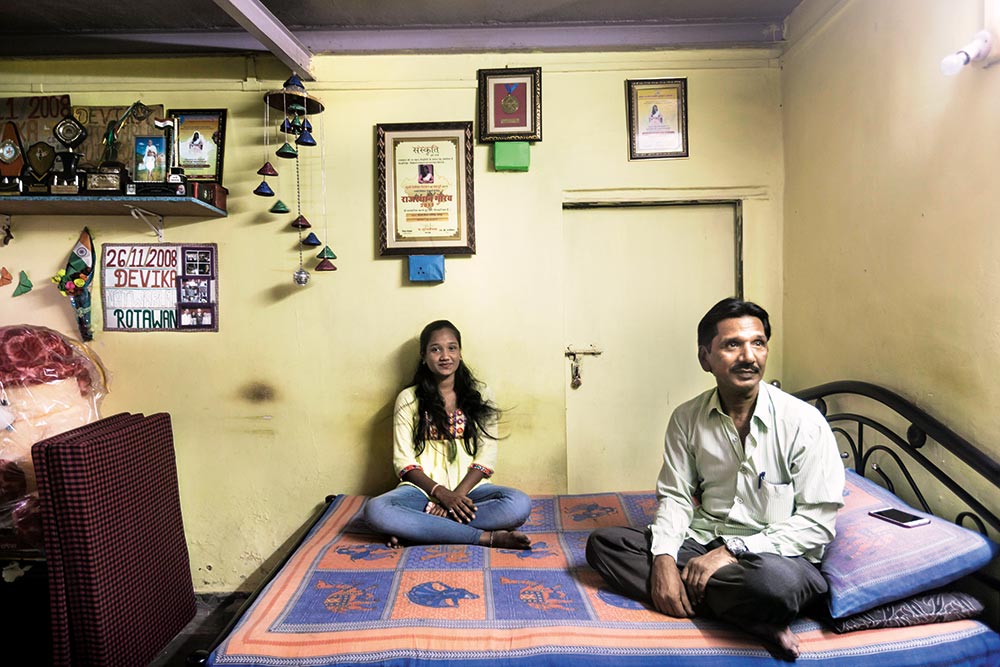 Photograph by Apoorva Salkade
Ushinor Majumdar November 15, 2018 00:00 IST How A 26/11 Victim And Her Family Are Earning A Living

Devika and her family were on their way to meet her elder brother in Pune. She was 10 at the time. They’d taken a taxi to Mumbai’s CST, hoping to take the train. Devika and her father waited in the main hall of the station while the younger of her two brothers went to buy tickets. Mumbai to Pune was a regular trip for the family; the CST was bustling as usual.

Then, Ajmal Kasab and Ismail walked into the station and started to spray bullets indiscriminately on the crowd. A bullet whizzed past her father, almost hitting him. But Devika was caught in the line of fire. She fell down screaming as a bullet entered her right calf.

She was one of nearly 100 people injured at CST, but, thanks to emergency care and a few surgeries, not one of the 57 who were killed at the massacre in the railway station that night. While Devika was being treated for the bullet wound, her family almost lived in the hospital, and in those first 2-3 days, they say that the neighbours ransacked their house thinking the family had been wiped out in the attack.