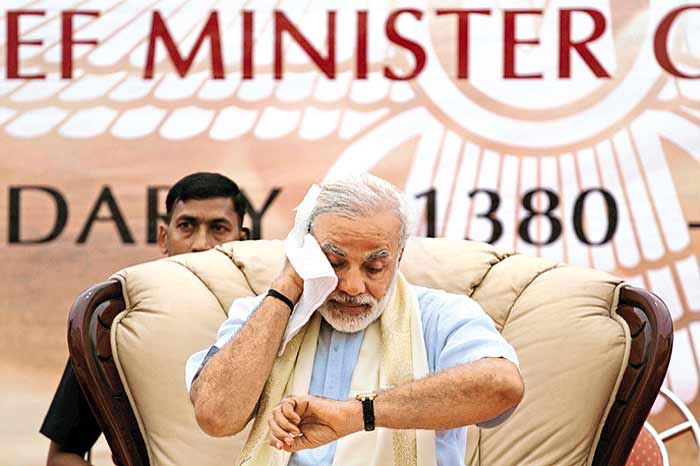 “The Patidars (Patels) in Gujarat are living under the shadow of fear.” —Feb 10, at Surat

Gujarat BJP patriarch and former chief minister Keshubhai Patel has been consistent in the delivery of such deadly top-spin serves since the beginning of this year. And on Saturday, May 13, the man who built the party in Gujarat and in 1995 became its first BJP CM let go a sizzling down-the-line volley that left the party speechless and the people somewhat puzzled.

Speaking at a Rohit community function in Ahmedabad, the BJP’s old warhorse thundered thus against the state government: “Gujarat is ruled by pindaris and thugs and people live under...