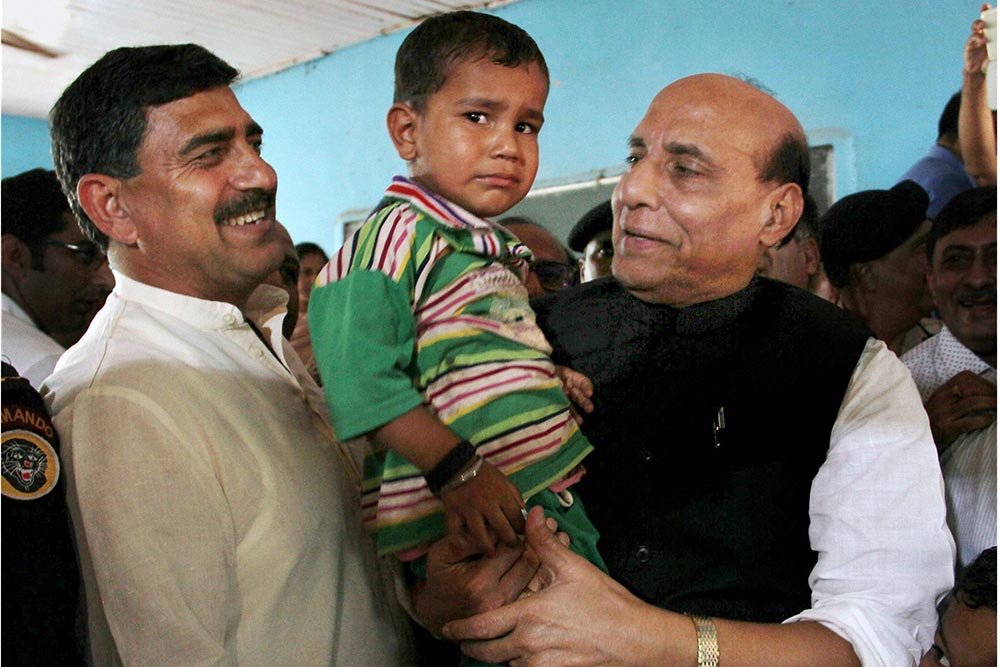 Suddenly, there is elation and expectation in Kashmir’s ruling circles. First came a message from the Centre that it won’t do anything that goes against the general sentiments in the restive Valley. Then, an exhortation from Pakistan’s army for political and diplomatic means to resolve the Kashmir issue.

India has not responded to Pakistan’s General Qamar Javed Bajwa, but militant outfits in the Valley are apprehensive about a secret track II between the two countries. Lashker-e-Toiba said on September 13—a day after Union home minister Raj­nath Singh ended his four-day Jammu and Kashmir visit—that India must evacuate from Kashmir “be it track-2 or track-3”.

General Bajwa’s statement is “very important”, according to moderate separatist leader Mirwaiz Umar Farooq. “We need to see what policy the government of India adopts now—whether the approach is military or political,” he tells Outlook. Previously, when the Hurriyat Conference was talking with...