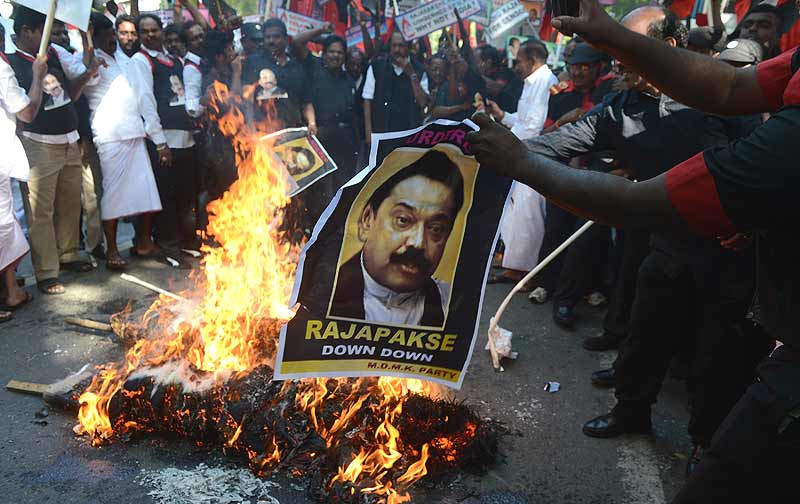 A set of three photographs splashed recently across the front pages of Indian newspapers recall in chilling detail the horrific side of the ethnic war in Sri Lanka that ended in 2009. They are of Balachandran, the 12-year-old son of slain LTTE leader Velupillai Prabhakaran. The first two photos show the bare-bodied young boy forlornly sitting in a bunker munching on biscuits. In the third, he is lying dead on the ground, with bullet wounds on his chest. The photos, part of footage from a controversial documentary, No Fire Zone: Sri Lanka’s Killing Fields by British filmmaker Callum Macrae, suggest cold-blooded execution.

The Sri Lankan government claims the photographs are “doctored”. But Macrae told Outlook that he and his team have carefully “analysed and authenticated” the footage and are sure that the boy was killed not in a crossfire, as claimed by Colombo, but in cold blood.

Irrespective of whether they are doctored or not, the publication of the photographs has outraged most Indians, particularly those in...