In Chennai’s warm embrace of heritage walks, the present gently melds into the bristling past 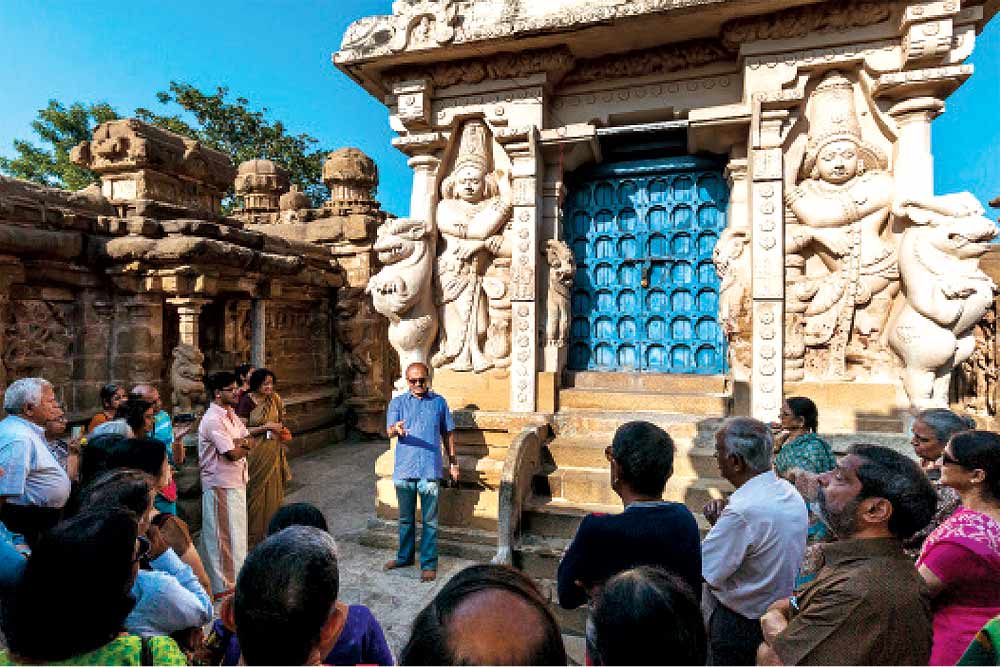 Sriram V. with his group before the Kailasanathar Temple in Kanchipuram

On a pleasurably nippy Sunday morning in February, a group of middle-aged resid­ents stand in front of a school gate in Gandhinagar, a residential colony in South Chennai. The leader, a chartered accountant by profession, brings out a yellowed book studded with photos and explains: “Four decades ago, this school auditorium used to host the cultural events of this area every weekend,” and goes on to list the celebrity actors who had performed there.

Three Sundays earlier, another group of curious Chennaiites had ambled along Luz Church Road in Mylapore, listening with rapt attention as a marketing professional-turned-entrepreneur strung together the names of legal luminaries who used to stay in the area. By a singular coincidence, as if united by a common purpose, all of them had helped writing the nation’s constitution. “Though he never lived here, even Ambedkar used to stay at a friend’s place close by during his visits to Madras,” he recalled.