The Kerala BJP chief gets embroiled in a messy welter of hawala and bribery allegations. Rival factions are gleeful, the central command rather miffed. “Bad optics,” say experts. 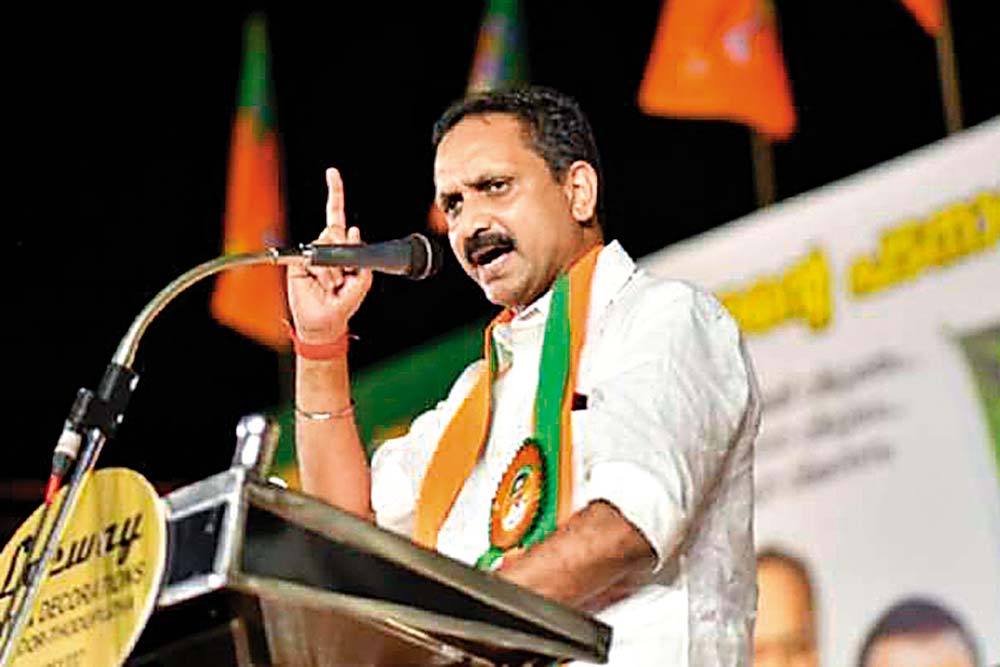 These days, there is a joke circulating on social media that the BJP is facing Lord ­Ayyappa’s wrath for dragging the Sabarimala issue into assembly election campaigns, in which the party came a cropper. The BJP indeed seems to be in serious trouble as its Kerala president K. Surendran is embroiled in allegations of bribery and hawala transactions, also deepening the factional feud that has been haunting the state unit. The rumblings in the party have come out in the open many times after its defeat in the polls. The corruption charges have embarrassed its central leadership, which has also waded into the issue.

It all started after a case of robbery was reported on Kodakara highway near Thrissur on April 3, three days ahead of the assembly polls. Investigations revealed that the looted money, amounting to Rs 3.5 crore, belonged to an RSS member. Surendran was caught in the eye of a storm after the special investigation team questioned his aide and driver. The investigation team’s revelation that the money might be meant for hawala transactions has put the...