Hef, His Gal And Jack, His Pal

The West’s top playboy thrives in his own world 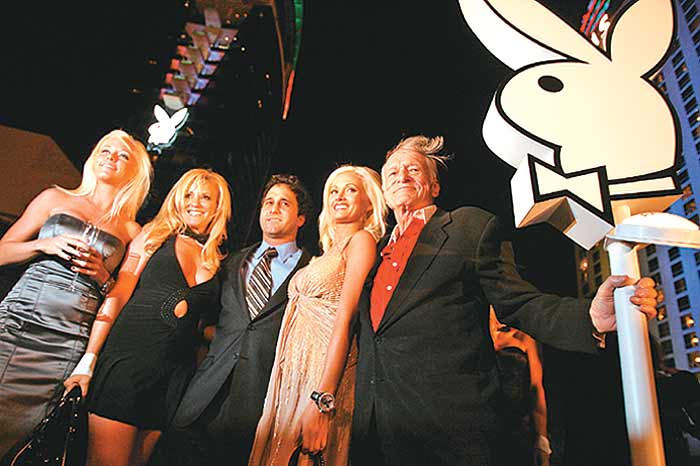 "As we get older, who is anyone to be telling us what ‘acting your age’ is all about anymore?”

The speaker was Hugh Hefner, and the question was whether someone his age—he is 85, though he hardly looks it, much less acts it—should still be tweeting, as Hefner, the founder of Playboy, does almost obsessively. Hugh Hefner being Hugh Hefner, he seized on that question to offer a riff on the ageism he said he has endured in his twilight, in a case having to do with (no surprise here) his sex life.

“Only in the press,” he said, “they don’t think I should be dating women young enough to be my granddaughters. We live in a...