Fernandes' open attack has the sell-off process hitting a crisis, with other ministers too now ganging up against Shouri 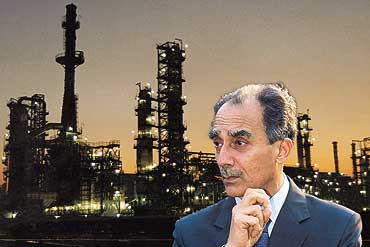 outlookindia.com
-0001-11-30T00:00:00+05:53
He is slowly being pushed into a corner with political opposition against his privatisation plans growing by the hour. By now, at least half a dozen heavyweight ministerial colleagues have openly, and vociferously, criticised his decisions. The situation has reached a point where disinvestment minister Arun Shourie has admitted that "the entire reforms process is passing through a delicate phase" and that "the disinvestment process has run into a spot".

His critics take a more extreme view. "Don't be surprised if Shourie now quits in a huff," predicts a senior MP belonging to one of the bjp allies. "If the government rejects our proposal for a strategic sale in the two giant oil companies, hpcl and bpcl, the next dominoes to fall will be Nalco, mtnl, National Fertilisers, Shipping Corporation and Engineers India Limited (eil). The ministry will have to fold up in three months," says a senior bureaucrat in the ministry.

The current political impasse has occurred essentially due to differences over how to sell the two oil giants. Earlier, petroleum minister Ram Naik...