Heat Of The Moment

The environment is no longer a jholawala preserve. Everyone is concerned. 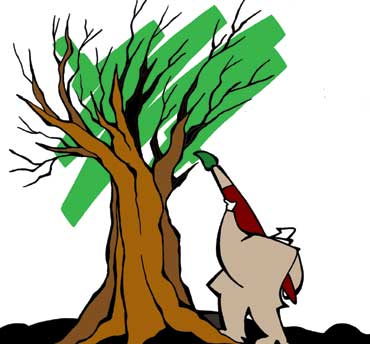 outlookindia.com
-0001-11-30T00:00:00+05:53
Even the most ardent proponents of industrialism would acknowledge that we are in the midst of an environment crisis. Rates of species extinction are 1,000 times more than what they were before human beings dominated the earth. The rate of carbon dioxide released into the atmosphere today is 30 times more than when the Industrial Revolution started. Urban India is slowly waking up to this inconvenient truth.

The Outlook-CNN-IBN-CSDS State of the Environment in Indian Cities survey has thrown up some startling results. Urban Indians consider environment to be the Number Two problem, beating unemployment, law and order, and even corruption. In a similar survey conducted in the UK, the British considered environment as Number Five on their list of social problems, which they felt the government should tackle. As this first-ever environment poll shows, Indians are clearly feeling the heat.

Does this mean Indians are environmentally responsible? Being aware does not always translate into responsible action. More than half—53 per...