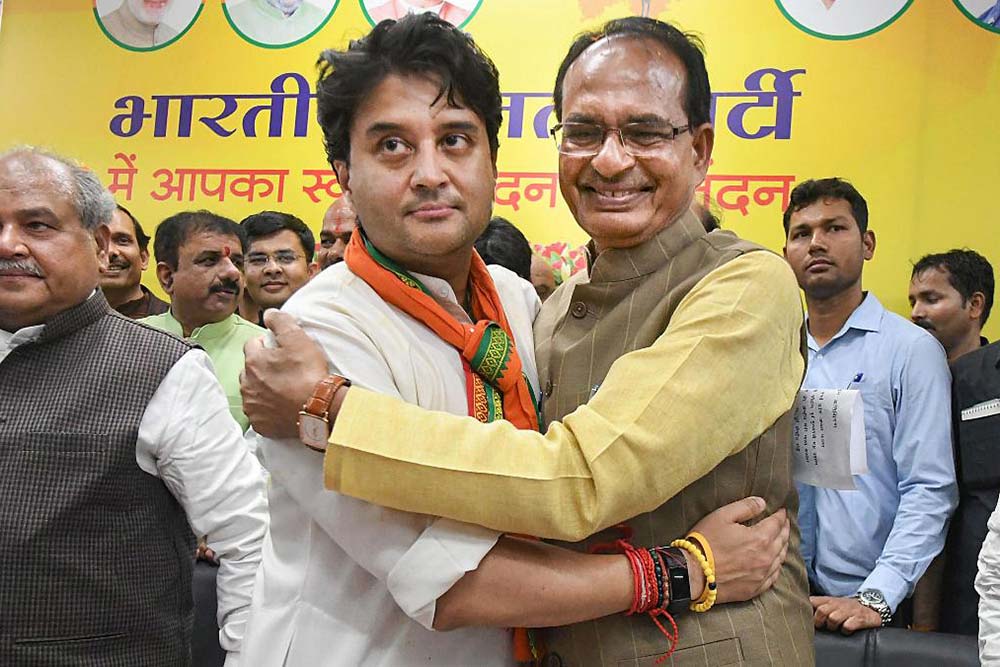 Madhya Pradesh health minister Narottam Mishra is a busy man these days. His schedule, however, isn’t packed with matters linked to the steadily rising coronavirus infections in MP. Instead, it is the health of the BJP government that has taken primacy for Mishra. While the state has been adding nearly 200 new COVID-19 cases daily, the health minister has been trying to pacify BJP veterans still sulking over the induction of Jyotiraditya Scindia’s loyalists into the party in March.

Mishra was among the five ministers inducted by Chouhan into his mini-cabinet on April 21, nearly a month after the BJP returned to power in the state following a 15-month hiatus. Mishra’s efforts comes at a time when chief minister Shivraj Singh Chouhan has been struggling to finalise his cabinet expansion plan while also preparing for 24 assembly bypolls. The bypolls—16 of them within the Gwalior-Chambal region—have been necessitated because of the defection of former Congress MLAs loyal to Scindia who switched to the BJP, making way for Chouhan’s return as...