He Rode At The Head Of Sixty Million

An interesting addition to constitutional history throws light on Ambedkar, his life’s project on Dalit rights and his tussles with Gandhi and Patel 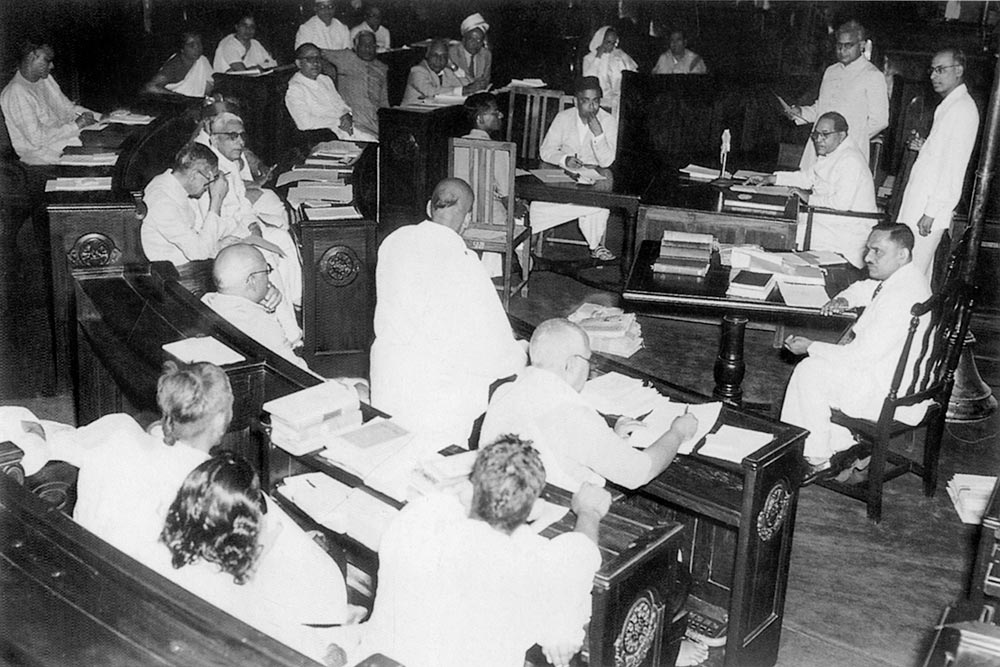 A session of the Constituent Assembly in progress in New Delhi

There is a general perception that India’s electoral history begins with the Constitution of India, promulgated on January 26, 1950. The Constituent Ass­em­bly sat for over two years and gifted to the nation what is regarded as one of the greatest constitutions of the world. But very few know  that the seeds for this were sown at least three decades before. The conflicts and struggles of the 30 momentous years  were  no less exciting. Raja Sekhar Vun­­dru, an Ambedkar scholar, has tried to capture all that excitement, often not very pleasant, in his new book, Ambedkar, Gandhi and Patel: The Making of India’s Electoral System.

While Ambedkar is universally ackno­wledged as the father of the Constitution, since he was the chairman of the drafting committee, not many know that he was extremely unhappy throughout the dra­fting process and even after its promulgation, as he was denied what he  wan­ted for the empowerment of the ‘Unt­­o­­uchables’. Vundru captures in gra­phic...