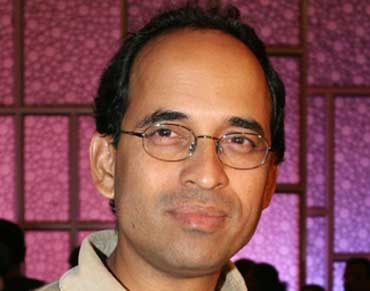 Ah, no. Not much good as a mascot. Just trying out a new genre within television.

Tell us a bit about the show.

I go around India, not as a guide lecturing his audiences but as a visitor with his eyes open, which sometimes was a very good idea!

Do you visit cricket stadiums or watch ‘gali’ cricket in the places you visit?

No stadiums, but I play cricket with village kids in Hodka near Bhuj. Some of them had dodgy action but they were enjoying themselves.

The highs and lows of this touristy endeavour.

The high was a silent army of windmills just outside Kanyakumari. The low was walking through the lanes of Varanasi on our way towards the banks of the Ganga.

Has your perception of India changed?

No. But the fact that we live in a different world within the same country was reinforced.

Are you planning any other adventures?

If you mean getting on Fear...