The victory was crucial, but the challenges are still looming 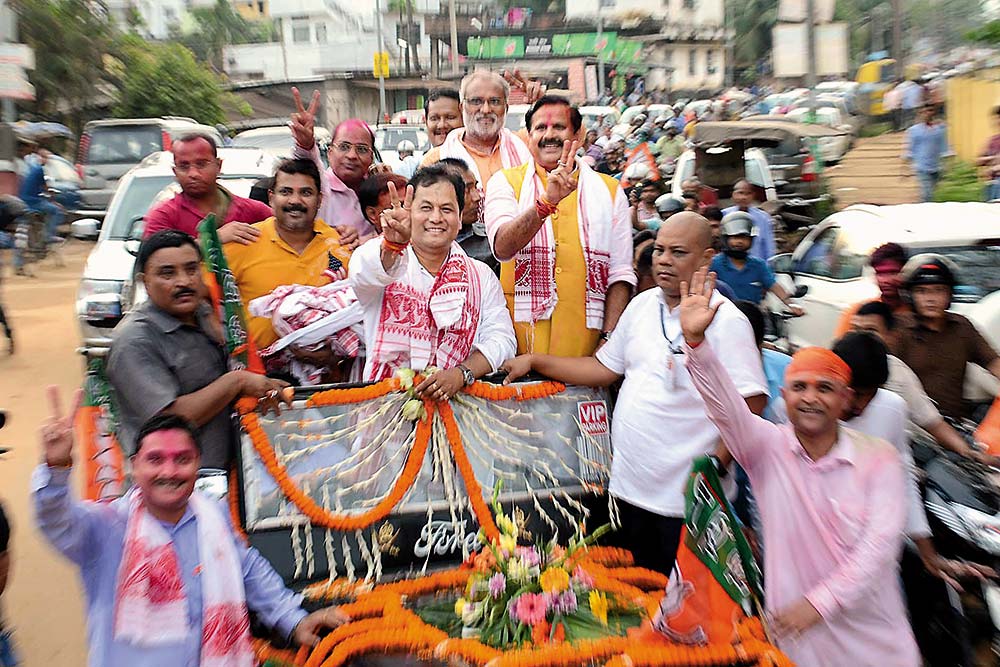 Sonowal celebrating his win in Guwahati
Photograph by PTI
Sanjoy Hazarika May 20, 2016 00:00 IST Gripping The Map

As fireworks exploded outside the offices of the Bharatiya Janata Party and the Asom Gana Paris­had in Guwahati and the Bodoland People’s Front in western Assam, party workers and leaders cheered a victory which a year ago seemed unsure. The Congress, meanwhile, licked its wounds as silence entombed its citadels. The scale of the victory of the alliance led by the BJP has significance beyond the state and it will boost plans to expand influence across the Northeast, an area where barring some pockets, the party does not have much to show yet. The win also confirmed that winning seven seats two years back was no mere flash in the pan.

This was a  victory which the BJP and its allies won  virtually across all ethnic and linguistic lines in a complex state. The only vote it did not get was probably the vote of Muslims of Bengali origin which was divided between the All India United Democratic Front and the Congress. The win was no doubt especially sweeter after the controversial manner of its acquiring power in Arunachal Pradesh. Well-ens­conced with a...