Gravy On His Fingers

Zardari's run for president drags democracy further in the mud 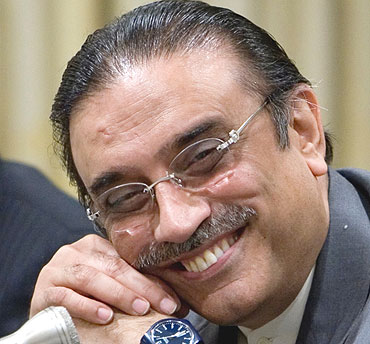 Wading Through The Mudslide

A slew of corruption cases had been filed against Asif Ali Zardari, or Mr 10 per cent, but these were quashed by the National Reconciliation Order promulgated by the Musharraf regime. A look at some of the charges against him: