Graveyard Of A Land

An insatiable sea licks away the Sunderbans, leaving lakhs of lives at water’s edge 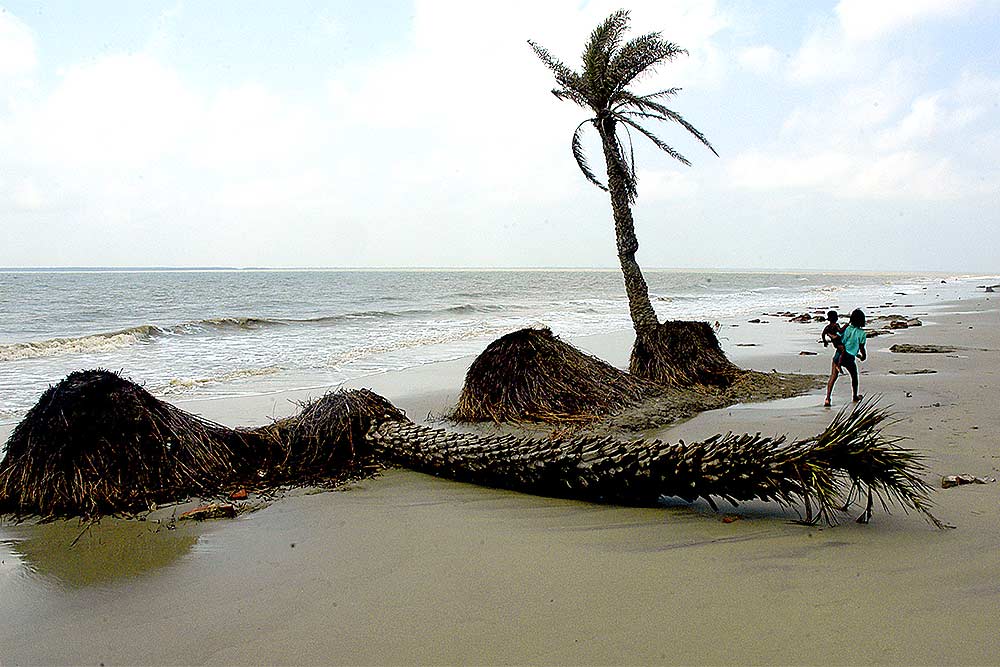 Hamidul Rehman is angry. At 24, he has witne­ssed the sea swallow his home, situated on an island in the Sundarbans, the world’s largest delta, at least six times. Each time his family shifted further inward; each time the ocean pursued them relentlessly. “I can’t be mad at nature, can I?” he asks, his voice quivering with helpless rage. “But it makes my blood boil to see the administration’s attitude towards us. Neither state nor Centre has done anything to check the steady, alarming erosion of our land,” he adds.

While swathes of the Sundarbans—the western part of which falls in West Ben­gal—especially coastal islands on the Bay of Bengal like Ghoramara, Sagar Deep and Mousuni, are partially submerged, the plight of their inhabitants, out of sight from the mainland and thus at the bottom of priority lists of administrators, have largely gone unnoticed and unheeded.

They are not the only ones in grave danger. According to oceanographers, env­ironmentalists and NGOs who have been...