Governor stirs a hornet’s nest over J&K Bank, leading to protests and then a step back 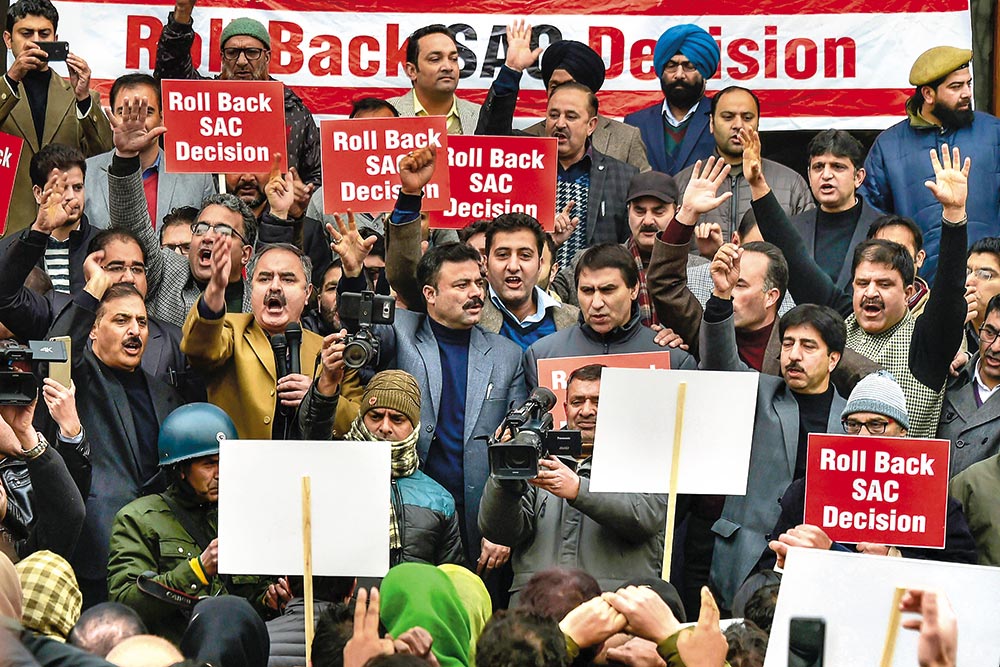 A huge banner outside the main gate of the J&K Bank headquarters in Srinagar reads: “Honour the sentiments of people and stop (playing) politics. Rollback SAC decision.” It has been put up by the All India Jammu and Kashmir Bank Officers Federation, which is asking the government to rev­oke the State Advisory Council’s (SAC) November 22 decision to treat the J&K Bank Limited as a public sector undertaking (PSU). The SAC meeting was chaired by governor Satya Pal Malik and the decision was taken without consulting the bank’s board of directors, which include five independent directors, a state government nominee and an RBI nominee.

Inside the bank’s corporate HQ,...