Government Officers Are Heroes Too

Bonds Beyond The Red Tape: Recent stories of the public’s love for some of the government officers stand as proof. 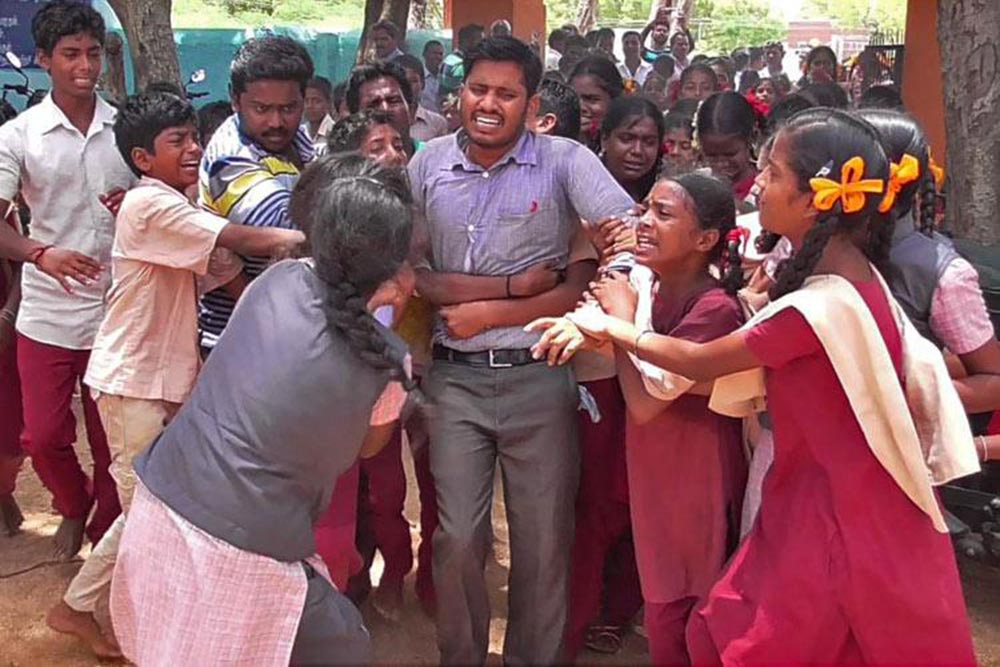 It’s a striking photograph, of a young man mobbed by a group of children, some of them crying, others hugging him, apparently to stop their fav­ourite teacher from leaving. If a picture is worth a 1,000 words, this was worth a million. G. Bhagawan, a 28-year-old English teacher at a government school in Tamil Nadu shot to fame recently when the photograph of crying students went viral, prompting authorities to cancel his transfer. In another incident, about a week ago, hundreds of people took to the streets in Kohima, Nagaland, to protest the state government’s decision to remove the then police chief Rupin Sharma, who had earned love and fame as the “people’s DGP”. People with banners and placards marched through the hill town demanding cancellation of the order. Further west, a doctor left an Odisha village in tears when he decided to pursue a degree in orthopaedics after an eight-year stint at the healthcare centre in Tentulikhunti in Nabarangpur district. Photos of weeping villagers hugging an equally emotional Kailash Chandra Das left many...