Faith or health? States everywhere have been chary of reopening temples. But priests in Odisha start a unique protest…. Their dilemma is different: health or starvation? 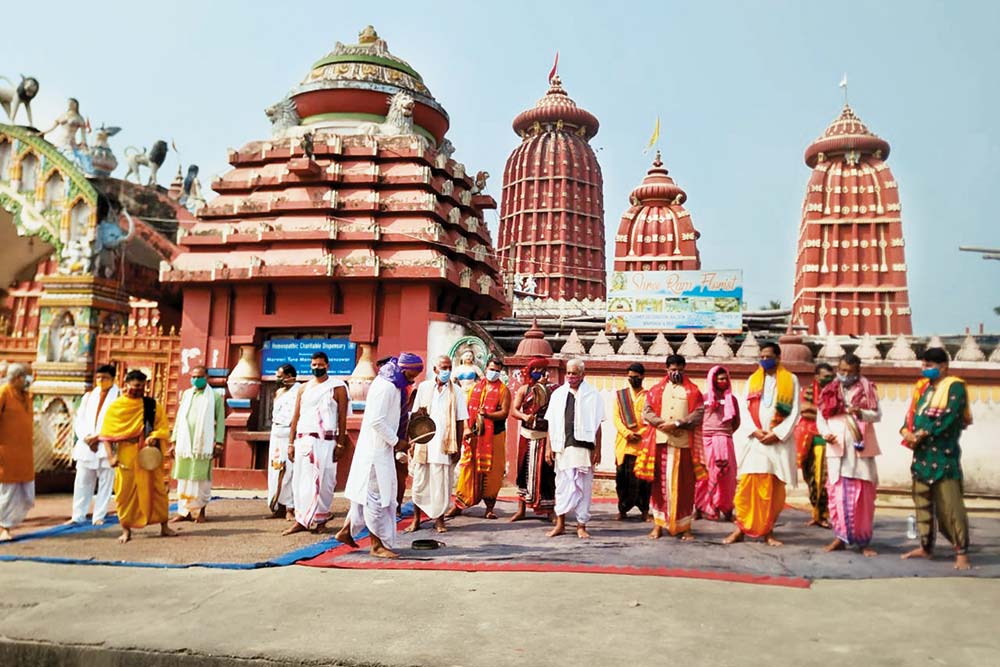 Priests in Bhubaneswar protest against the delay over reopening of temples
Photograph by Biswaranjan Mishra
Sandeep Sahu November 11, 2020 00:00 IST Gongs And Bells

As the clock strikes 9 in the morning, gongs and bells create a cacophony in front of temples across Odisha. This has been the ritual for nine minutes every day since November 11. This morning service has a different ring to it, though. It is part of a protest by priests against the government’s refusal to allow reopening of temples, closed since mid-March because of the Covid pandemic. The Odisha Mandira Sevayat Sangha, the apex organisation of temple priests in the state, has also decided to stage a dharna outside the state assembly the day it opens for the winter session on November 20.

The sangha held three such gong-and-bell protests over the past month. The decision on daily protests was taken on November 9 after the previous three fell on deaf ears. The priests accuse the Naveen Patnaik government of playing footsie with them. The government, they point out, gave sufficient hints that it was considering reopening the temples after the first protest on October 6 when the chief secretary wrote to district collectors to report within 10 days if temples could be...