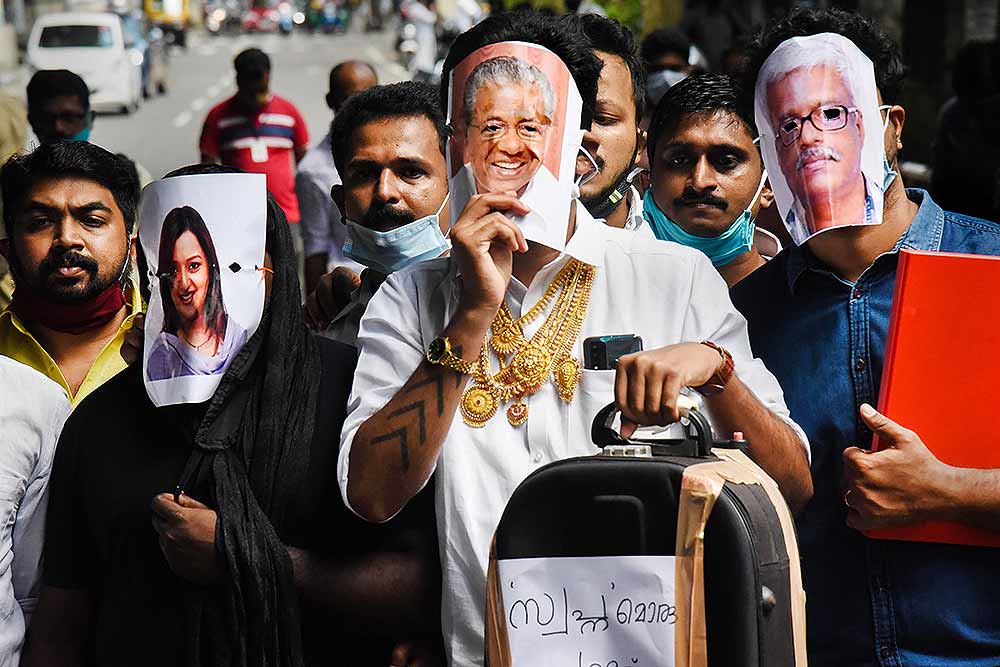 The Kerala government finds itself mired in a high-profile controversy for the third time in as many months. The dust had just begun to settle on the Sprinklr data privacy and PwC e-mobility project rows when allegations of impropriety and criminality were again raised against the information technology department—this time in a gold smuggling case.

Given oxygen in the absence of a uniform statewide lockdown, protests and violence broke out in pockets even as the NIA rounded up the main suspects—after 30kg of gold, valued at Rs 14.82 crore, was seized from a diplomatic bag at Thiruvananthapuram airport on July 5. The haul reportedly connected to terrorism financing.

Well before her arrest from Bangalore this past Sunday, much of the Opposition’s attacks focused on Swapna Suresh, one of the chief suspects and a former executive secretary at the UAE consulate-general in the state capital. Suresh and Sarith P.S., a former spokesperson at the embassy, are thought to have used forged diplomatic credentials in at least six prior smuggling attempts....