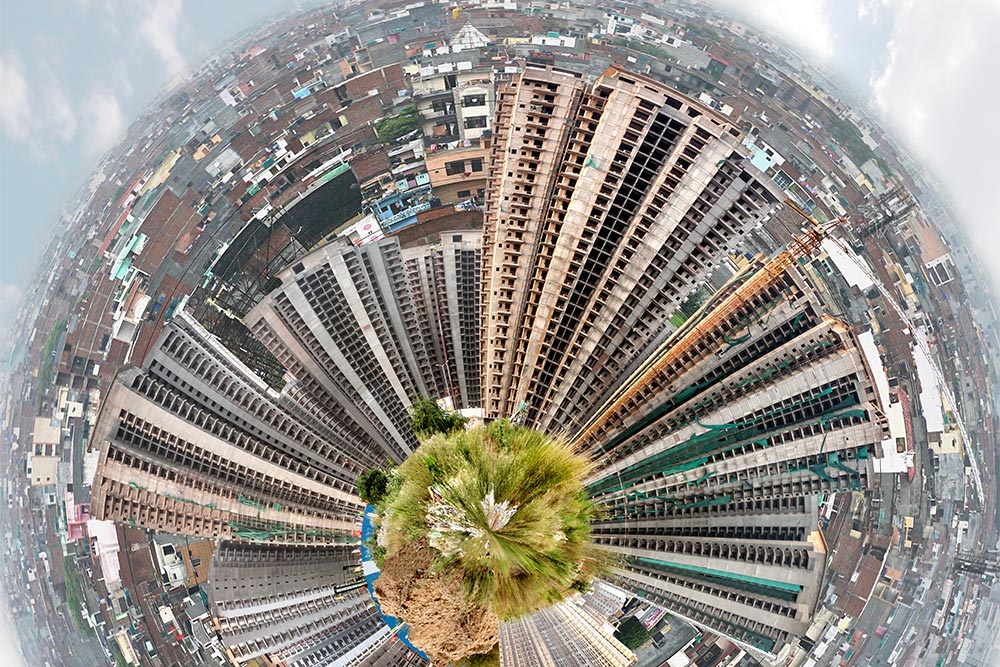 Why do visualisations of the ‘future’ in popular culture tend to fall back so frequently on cityscapes—sinuous skyways, snaking through an endless vista of skyscrapers? Is there a clue in that to how our collective imagining actually creates the future? Perhaps ‘the city’ is the classic playground of Futurism as a creative principle, with architecture translating fantasy into reality—as monuments of aspiration. But the city is also its people—old settlements, new settlers, millions of dreams in collision, everything perpetually unsettled. Producing conflicts, resolutions, hybrids. Extending the human city at its frontiers to produce novelty. Like a Manipuri dhaba in a Jat mohalla within a posh neighbourhood. A sudden burst of ghost chilli.

A city is also its history. The past that lingers on as character, as identity, as visual heritage. Today, the conception of smart cities has taken root—spatial reality collapsing into virtual reality. And paradoxically, talk of crime and xenophobia fills news pages. For an...