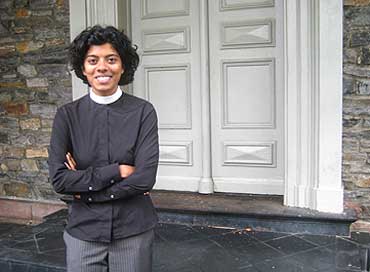 Had she walked through the old St Marks In-The-Bowery Church graveyard on March 1, 2009, when she became the first woman of colour/Indian/lesbian rector of her church, Reverend Winnie Varghese might have wondered, "What would the dead think?" There in the graveyard, the bones of some of New York's most prominent Episcopalians rest beneath the square, flattened stones: Daniel Tompkins, the sixth vice-president of the United States; Peter Stuyvesant, the crotchety, 17th century Dutch colonial governor of New York. Varghese's father, a Christian Gandhian who took part in India's...