He is the man with all the answers, who has the masses and the ‘classes’ eating out of his hands. He pushes the ­envelope of profit and power that piety and fealty draw like nothing else. But this heady combo of cult and clout also makes the ­godman’s fall as a common criminal just as spectacular. 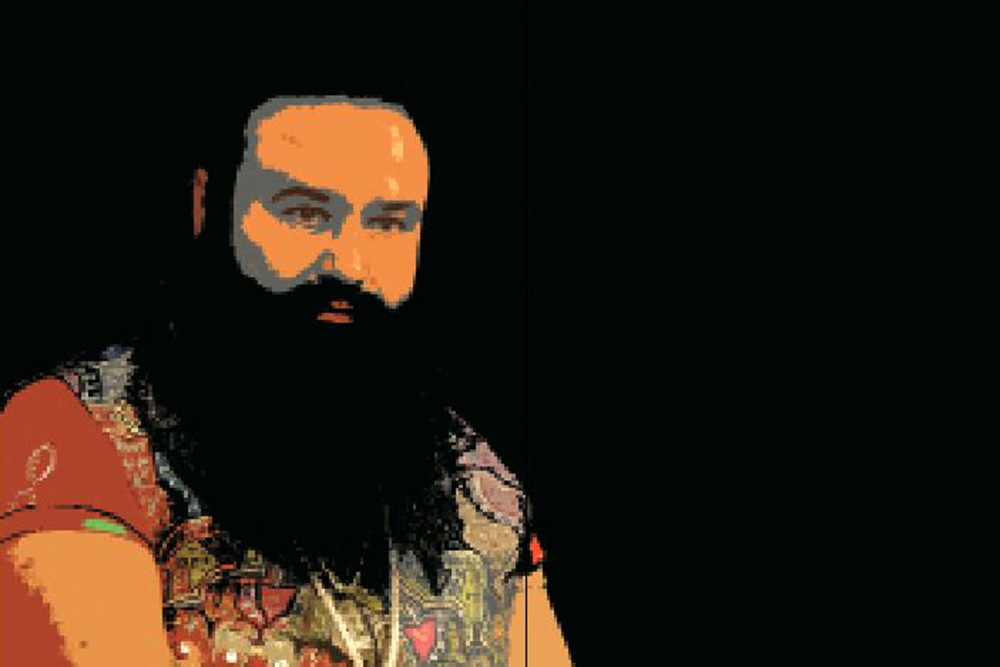 RAM RAHIM
Fall From Grace The ‘baba of bling’, Gurmeet Ram Rahim Singh ‘Insaan’, of Dera Sacha Sauda, was sentenced to 20 years for the rape of two former devotees.

God and sometimes the voice of God. He plays stress-buster, therapist, family and business advisor, and the man with all the answers:  marketing, yoga, TM, world peace, FMCG goodies, miracle healing,  salvation from existential dilemmas. He (it’s mostly a he) is also often the object of secret envy. Though claiming a touch of other-­worldliness, he’s  so blatantly of this world and totes all the toys that boys like—and in such abundance that it fits most common fantas­ies. And if there’s a whiff of cultic fanaticism at one end, at the other he also possesses that ultimate aphrodisiac: political clout. So, it’s always a TRP-booster when a bad boy of babadom bites the dust as a common criminal.

Viewers had their fill of exclamations and schadenfreude last week after the judicial gavel came down on a baba who looks straight out of a comic-strip but has deathly serious aspects to him: on his way to jail, he left a wake of corpses, injured followers, damaged property and a fistful of real heroes. Eyes...