The navy chief's relative is wanted in the war room leak case. Can the CBI dig him out? 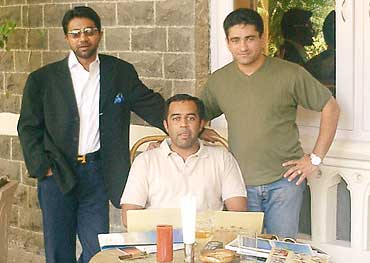 outlookindia.com
-0001-11-30T00:00:00+05:53
Ravi Shankaran was a man whose reputation always elicited extreme reactions. Some found him charming and adventurous while others thought he was quite insufferable. But for Shankaran, or Shanx, as he liked to be called, life was a constant party.

Shankaran quit the navy as a Lt Commander and went into business bagging naval contracts. And as his business grew, so did his social stature. A regular member of the United Services Club in Colaba, Shankaran started setting his sights much higher. That is when one party animal met another through a set of common friends. Enter Abhishek Verma, another man who shared the same "social interests" as Shankaran, one of them being a fascination for blonde women.

Both started spending considerable amount of time together at parties in exotic locales. In fact, Shankaran was a regular at party circuits in Mumbai as well as Delhi. According to sources, a relaxed Shankaran was in Mauritius where Verma joined him for the New Year’s eve this year. According to them both left for Dubai on January 6 and...