Get The Monkey Off Our Chain

It was the Australians who equated sledging with excellence. Now the world has caught on. 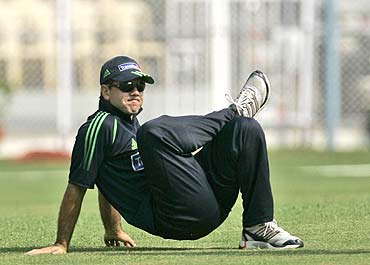 outlookindia.com
-0001-11-30T00:00:00+05:53
Are the Indians victims or power brokers in the recent tamasha that now appears to be resolving itself? Gideon Haigh, long-time writer and cricket commentator, believes the Indians are just coming to terms with "how much power they wield in international cricket. They are conscious of being the treasury for international cricket. It gives them a lot of influence but also heaps on the responsibility."

Comparing the Indian team and its administrators to the nouveau riche class, Haigh says that it's like suddenly having a lot of money but not knowing really how to dispense favours. "You get from them a new sense of First World assertiveness combined with a Third World 'chippiness', or chip-on-the-shoulder attitude...they seem to be far more interested in influencing people than winning friends," he says.

Haigh feels that having flexed their muscles, the situation now requires a certain magnanimity contributing to the game's benefit rather than just India's benefit. "Actually, India could win a lot of friends by making a stand but making it...