A proposed US anti-immigrant bill puts in impossibly high barriers. Indians might be hit, but it isn’t law yet. 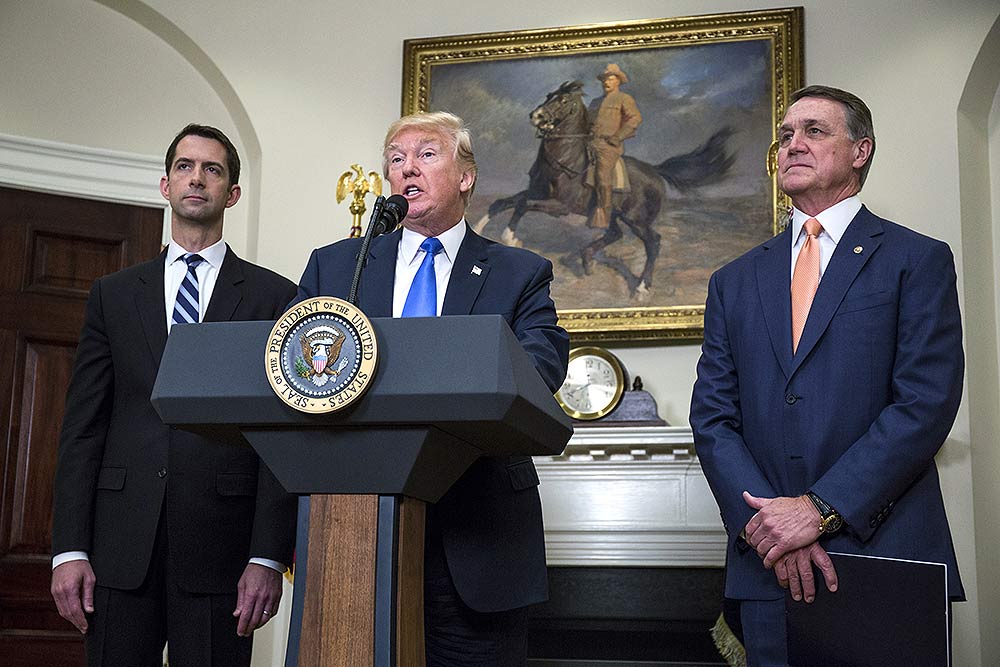 The US visa threat to Indians, fev­erishly flagged as soon as Donald Trump won the presidential elections, seems to be inching frighteningly close towards reality. Pretty soon, it may become even more difficult, almost impossible, for Indians and others to get immigrant visas to Trumpland if a proposal made by two US senators and endorsed and supported by the president is pas­sed by the US Congress.

The Reforming American Immigration for Strong Employment (RAISE) Act, proposed in February this year and rev­ised earlier this month by Senators Tom Cotton and David Perdue, is designed to significantly reduce the number of imm­igrants who can obtain green cards and other visas to the US. The Act aims to reduce the number of legal migrants all­owed in the US by 40 per cent in the first year and by 50 per cent over a decade. The bill aims to reduce the number of immigrants to 6,37,960 in its first year and to 5,39, 958 by its tenth year, from 10,51,031 in 2015. If passed, the bill would radically transform the US immigration landscape. It would remove the...