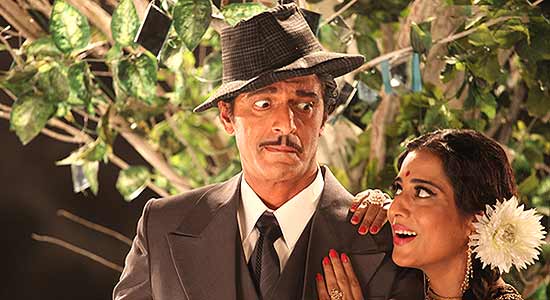 The 2012 Bengali film Bhooter Bhabishyat gave an interesting new spin to the horror genre by adding an intelligent sense of history and a touch of comedy. It also took its own unique potshot at urbanisation and its perils. About a house being pulled down to make way for a mall, Bhooter Bhabish­yat focused on the several ghosts from the past residing there and facing an uncertain future. Where will they go? How will they find a new home? Those ghosts now return in a Hindi film but things are not the same. The fresh, quaint touch, rootedness and innate wit of the original is lost in Satish Kaushik’s ham-handed remake that is less about the little details, and has more to do with the broad brushstrokes.