Is Gandhi a memory? Or a myth? Things have perceptibly changed at the Gandhi museum on Tees January Marg "Now foreigners res­pect Gandhi more," say the guards. 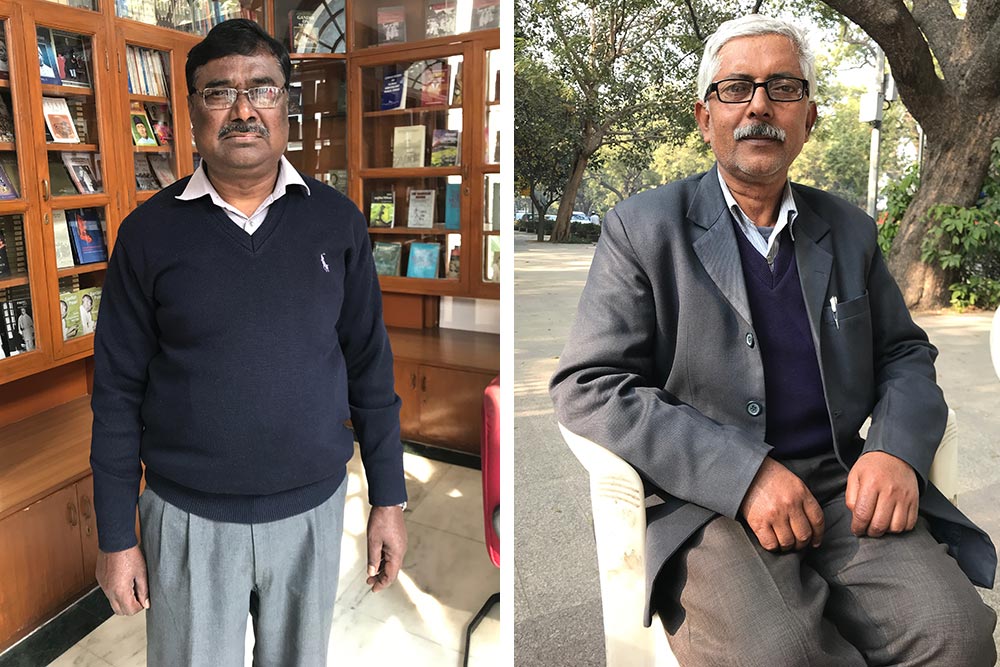 Brij Pal (left) is a cleaner and Vishnu Prasad is a guard at Gandhi Smriti, Delhi.

Is Gandhi a memory? Or a myth? It was here, on the lawns of Birla House, that Nathuram Godse’s three bullets rang out 70 years ago. They call it Gandhi Smriti now…literally a site for memory. A space where you gather up and display all the scattered signs of a lapsed phenomenon, a presence that has passed. Almost as if to make sure no molecules of its reflection—its spirit—escape into the outside world? Like those city parks where they keep spotted deer behind a fence—an enc­losure for forms of life that once roamed free? Even that day, as the Mahatma walked into the back lawn of this mansion, 10 minutes late, among the crowd there were vendors selling his image—he was already being museumised, being turned into something not quite here. An enigma.