The 2020 presidential polls spin a high political wind in Colombo 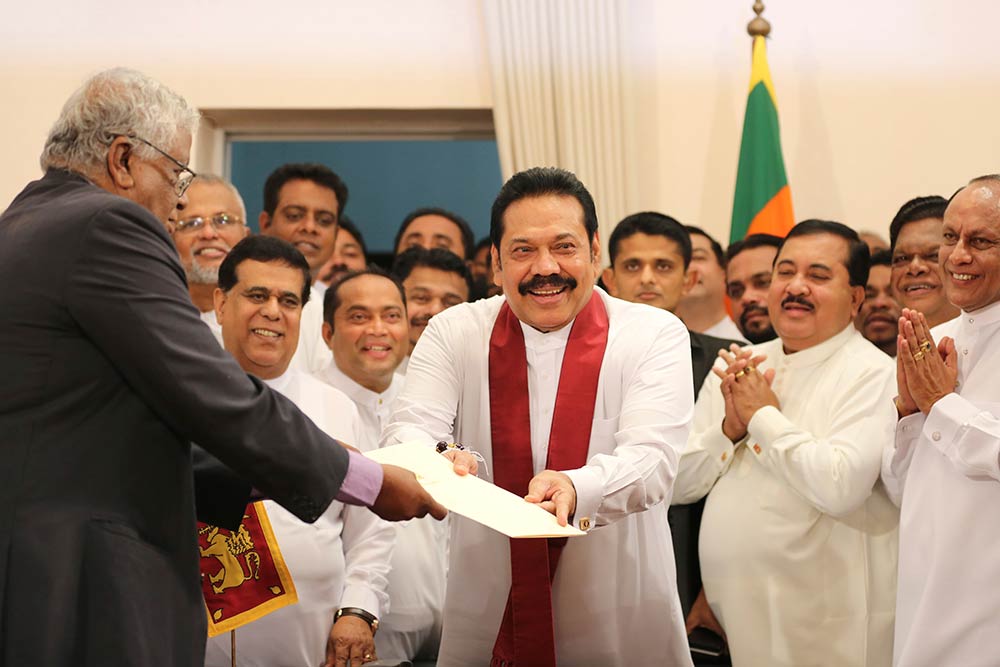 The fractious and ungainly political convulsion in Sri Lanka over the past week has brought focus on its prime minister and, by ext­ension, on the fate of his cabinet. But, in reality, the three key dramatis personae—President Maith­ripala Sirisena, ousted PM Ranil Wickremesinghe and newly appointed premier Mahinda Rajapaksa—are all jostling for a vantage position for the next presidential elections.

Presidential polls are due in early Jan­uary 2020, but the process for sel­e­ction of candidates and ensuring their support among MPs will be set in motion from next year and crystallise by end 2019.

Since 1978 Sri Lanka has an executive presidency. Several amendments to the constitution over the years have tackled presidential powers. The 19th amendment, in particular, was brought in by an overwhelming parliamentary majority in 2015, reduced the presidential term from six to five years and brought other limitations to his powers. But the Lankan president continues to wield clout on imp­ortant issues pertaining to the country’s...