Gale Tandava Over A Swathe Of Wilted Hopes

For long, arid Marathwada has been a victim of the vagaries of nature. Post-Holi hailstorms this season accentuate the tragedy like never before. 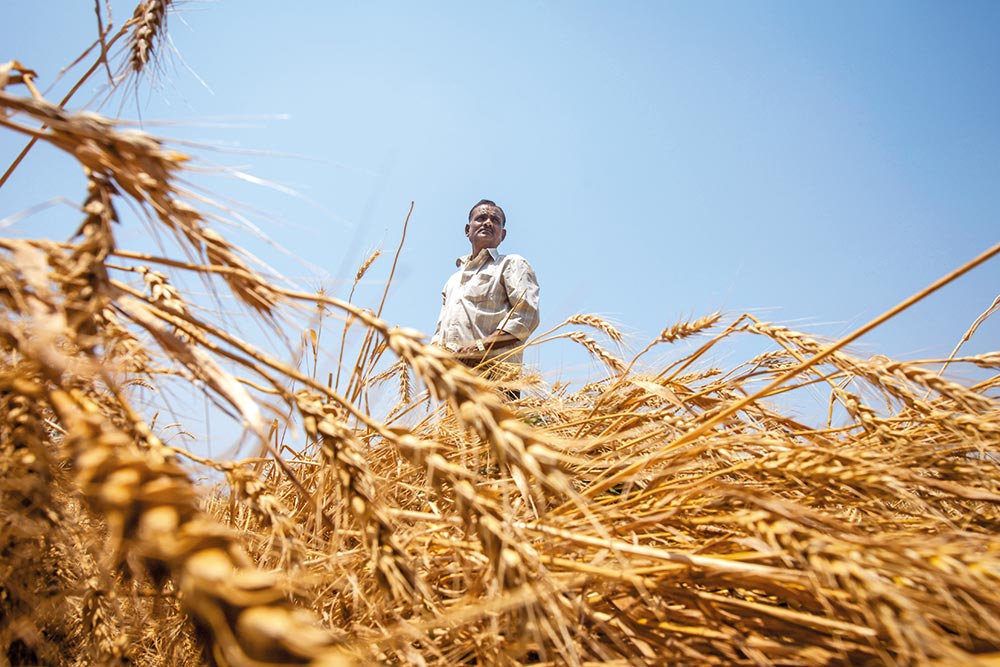 Gautam Thavre
Did not insure his wheat, which has now been destroyed
Photograph by Apoorva Salkade
Prachi Pinglay-Plumber March 31, 2017 00:00 IST Gale Tandava Over A Swathe Of Wilted Hopes

Vijayanta Chavan retur­ned from sugarcane-cutting earlier than usual this time because the season las­ted a mere two months. As the mother of an inf­ant, she has since been on the lookout for farm labourer’s job in villages near Parali under Beed district of Marathwada—arid, poor and prone to social as well as economic perils for ages. Two days after this Holi, hailstorms and unseasonal rains struck the lean woman’s Khari Tanda village, sowing misery in her cluster and house. She saved herself and her baby by slouching under a makeshift bed. It has been ten days and neither water nor electricity has been restored. Vijayanta is so short of funds that she hasn’t put up a temporary roof over her damaged hut.

The hailstorms that hit Latur, Parbh­ani, Beed and Osmanabad moved in one belt, bringing down everything along its path. Authorities estimate damage to 79,000 hectares of land. This, after signs of positivity: the region had received surplus rainfall after a four-year drought—it led farmers to bet big on the windfall of the...