Frozen Leaves In Search Of A New Spring

As the two AIADMK factions search for a leader, the DMK may go laughing all the way to the assembly 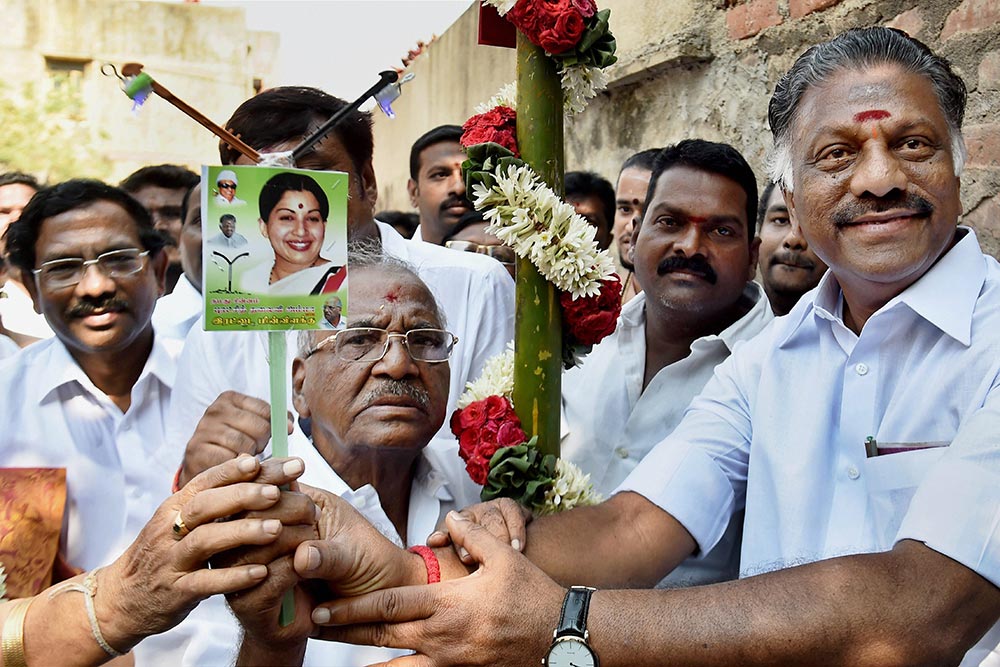 There is an interesting song in Iruvar (The Duo), Mani Ratnam’s semi-biopic on the MGR-Karunanidhi rivalry. Midway through the song “Do not shut your eyes” are these lines: “Every bearded one is not Tagore and not everyone with a moustache (Subramania) Bharati. Don’t be fooled by appearances.” Last week, another line got added to that song in the minds of many Tamilians: “Not everyone who wears a hat is MGR.”

T.T.V. Dinakaran realised that on the very first day he went to file his papers for the RK Nagar assembly bypoll, wear­ing a white hat—the symbol of his now officially split faction renamed as AIADMK (Amma). If Dinakaran’s managers exp­ected the locals to be thrilled by looking at a new avatar of MGR, they were disappointed. Instead many asked who was the guy wearing a white “thoppi” (hat). Not just the AIADMK’s two factions, but even their symbols are undergoing a severe identity crisis.

After the Election Commission froze the ‘two leaves’ symbol, the Sasikala...