From Pebbles To Bullets

Turmoil is back in Kashmir’s apple countryside after a long gap. The fresh spurt in violence is distinctly Islamist. 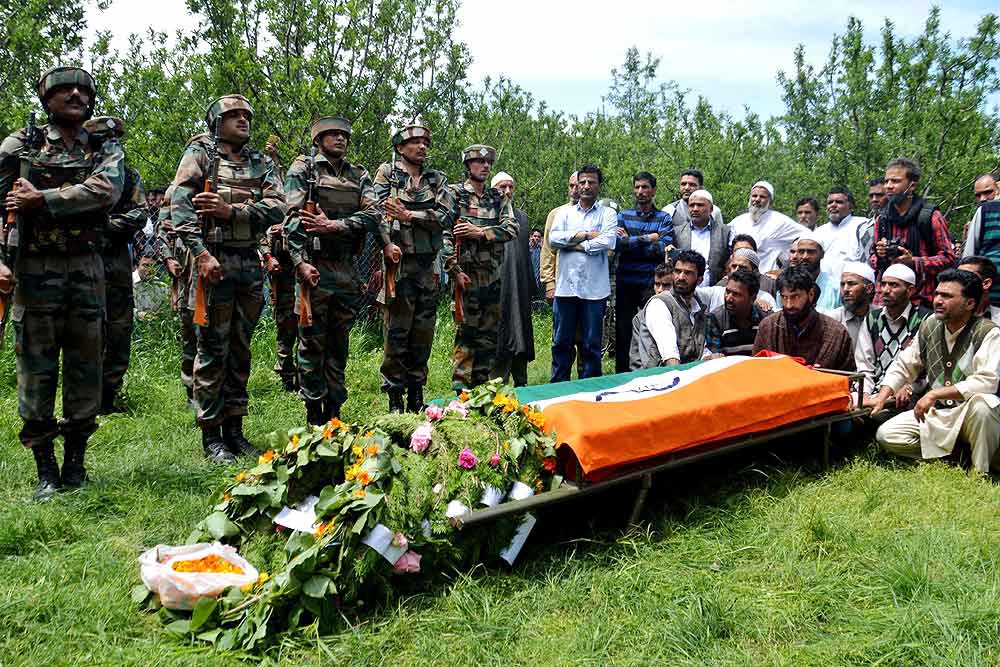 FUNERAL
Army’s tribute to officer Ummer Fayaz in Kulgam on May 10
Photograph by PTI
Naseer Ganai May 11, 2017 00:00 IST From Pebbles To Bullets

Abdul Ahmad Mir occasionally opens a window of his double-­storey house to catch a glimpse of the daytime disorder down the road in the schoolteacher’s south Kashmir village. It is, again, youngsters throwing stones at the security forces—with a vigour that adds to the prevalent tension, which reminds the middle-aged man of 1990 when the Valley experienced its first bout of insurgency.

Mir, 56, has vivid memories of that army crackdown in his native Turkwangam more than a quarter century ago when the Border Security Force cordoned off the village. “We were terrified. Most of us residents ran away; I too escaped,” he trails off. “I returned home after eight days.” In subsequent crackdowns that winter, the villagers were made to assemble at an open field in the locality and forced to sit over snow. “We were frisked and questioned. We would obey every order to the fullest. Silently. Like cattle,” the medium-build man with a white beard says, managing to smile.

An elderly person joins in and nods in agreement to his...