From China, With Love 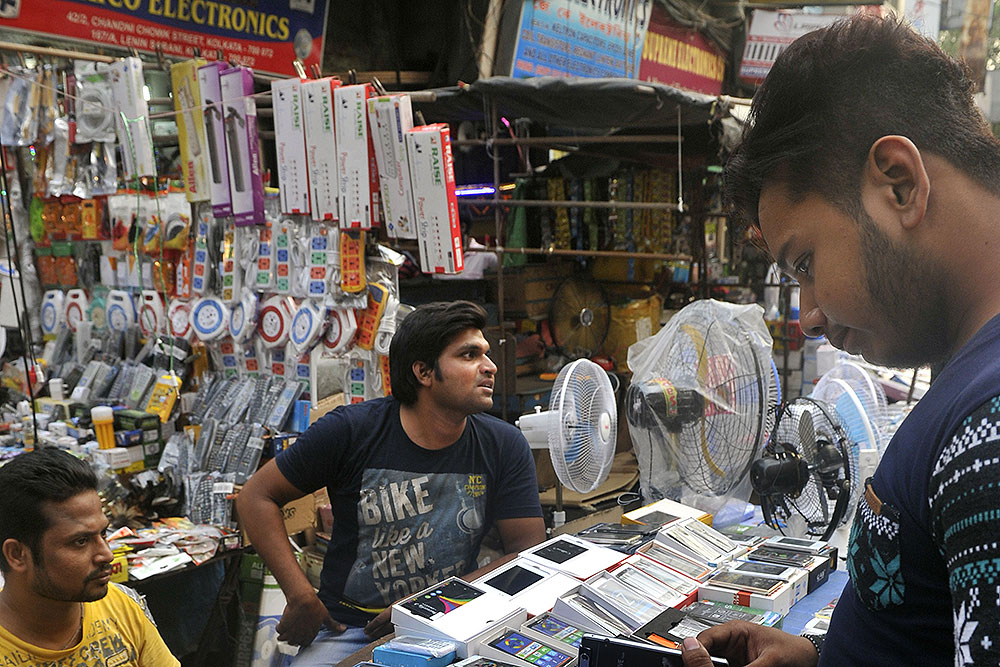 Chinese smartphones being sold at a market in Calcutta
Photo by Sandipan Chatterjee
Arushi Bedi April 14, 2016 00:00 IST From China, With Love

They are sleek, stylish, they have the works, they come cheap and they are Chinese-made. Yes, the Chinese mobile phones are sweeping the Indian shores and have become a rage with youngsters and adults alike. The latest thing people want to flaunt, in the last 6-12 months, Chinese phones have clocked more numbers than established brands like Samsung, Motorola and Apple and are fast becoming the most preferred device of young India.

According to data by Counterpoint Research, Chinese phones currently have a marketshare of about 22 per cent—a 100 per cent increase from last year. Korean phones, such as Samsung and LG, once the largest players in India, have seen a reduction in sales from 25 per cent to 20 per cent in the last one year. “Chinese phones offer cheaper prices with competitive features, making them an obvious choice,” says Kuldeep Chengappa, a scientist in Bangalore. Such brands have limited playing field only in the mid-range of around Rs 10,000.

The aspirational new-age Indian youth has always been technologically driven and the...