What’s cooking in Bengal? Looks like a plate of hot political sukto—Mamata, BJP, Left, a new Islamic party that both AIMIM and Congress are wooing, JMM, even Shiv Sena…. 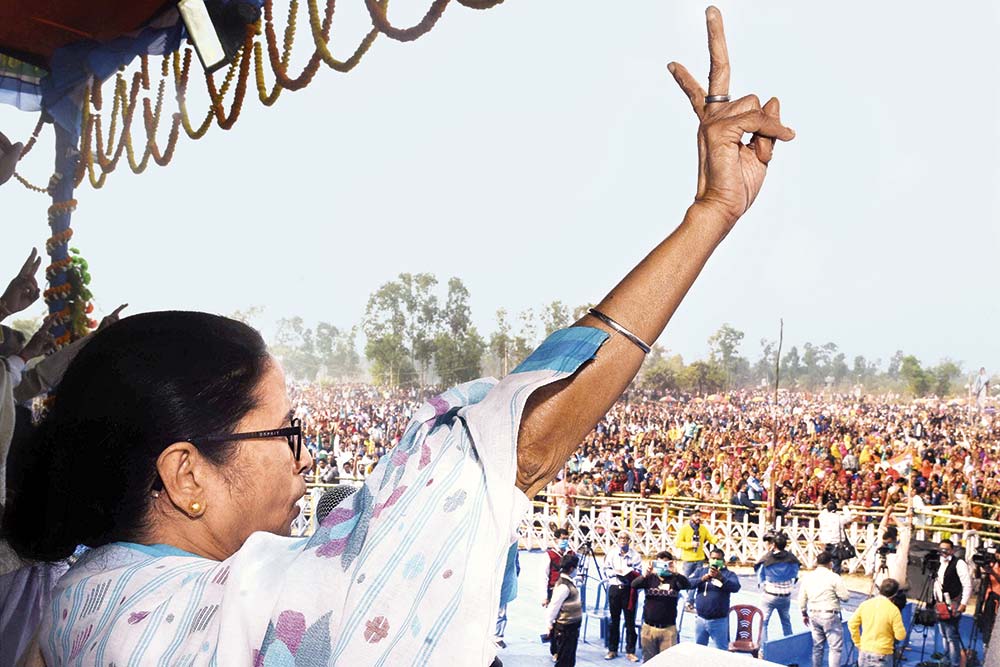 The possibility of a close contest ­between Mamata Banerjee’s Trinamool Congress and the BJP has spurred several political entities to beeline for their stakes in West Bengal—one of the most high-voltage assembly elections in recent years. The All India Majlis Ittehadul Muslimin (AIMIM) threw down the gauntlet recently, while the Shiv Sena and the Jharkhand Mukti Morcha (JMM) followed suit. The poll pot frothed over when an Islamic cleric, Abbas Siddiqi, said he would launch a party this January. AIMIM chief Asaduddin Owaisi met Siddiqi at his home and hinted at an alliance in which the Hyderabad-headquartered party would play junior.

Soon after, Congress’s Bengal ­leaders visited Siddiqi, apparently ­trying to strike a deal. The Congress has an alliance with the Left and seat-sharing discussions have started. The attempt to reel in Siddiqi may only succeed if the party manages to keep him away from the AIMIM.

The Shiv Sena, whose presence in Bengal is limited to a few signboards, has plans to field candidates in as many as 100 of the...